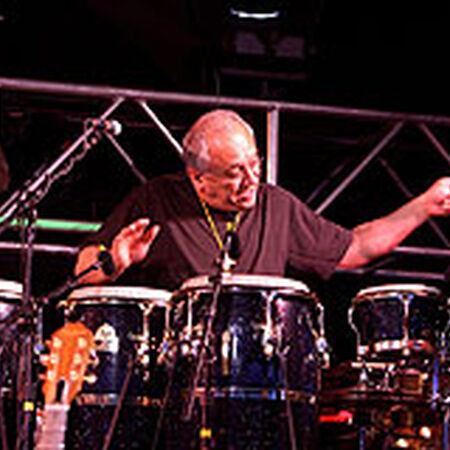 "Wow, just reading my post after a couple months makes me realize I was a little too excited about this show. Let me rephrase that: I made some claims that can`t be backed up. But after having this show on my iPod for more than six months, I listen to it far more than any of the other 25 shows I have on there. It is worth the download. how we mature with age. haha."

"Walked in halfway during first song, a little late getting in from Colorado. First time seeing Jimmy, brillant. Hippodrome very cool venue to see a show. Thought the Conrad to start the second set was killer. Other highlights for me were Pieces, Second Skin. "

"Best Drums ever? haha, I think so. Best Chainsaw City, Jack, and Pickin` Up the Pieces? best I`ve heard, and that claim on Jack is a big one that I`m not wholly comfortable in making, but fuck it, I`m gonna self-aggrandize this show because I was there. And finally, Tell teh Truth into Submission better be on their playlists with Angels on HIgh and Shoes on Tight for a while. And they should be played in lieu of You Should Be Glad. I had to say that last part. haha. What a bomb ass show, and Second Skin was everything I hoped it would be live since I heard it on the radio! at a basement party after being in the woods (literally) for six months. Widespread is becoming a calling for a lot of new fans these days and this show is part of the reason. And Schools is the man. Doesn`t Old Neighborhood tell us that? "

"This show is so redunkulous you should stop reading this review and download it now. The Chilly>JACK !!!>Chilly is as fierce as they come. Tell The Truth Into Submission is the best new tune they`ve busted out! "

"Probably the single best indoor venue I`ve seen them play. Being there was like having a pair of Bose headphones on. The light show was absolutely stunning. The show itself was more of a headtrip rather than a full on body buzz. There were times when you didn`t think that they were all on the same page; JoJo. Then there were times when I thought Mikey was in the building. It was if you were watching them work a few things out then you realized that they were all hardwired together. Alot of fans from Jimmy`s camp that were somewhat unfamiliar with WSP, and now I know why he has such a following."