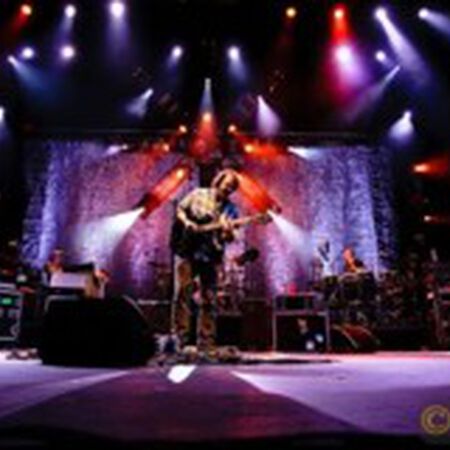 "well ive been seeing them for 30 years and the grimlock they put on in seaverville the night before was spectacular!!!! thanks zevlove3 and t. lavitz!!!! old joe is the killer diggity!!"

"I have seen Panic for almost 20 years now with countless hours of digital shows at home, and at least since the days of MH, no 2 shows (back-2-back) that I have seen or heard has the band played that tight with sick sets, & show stoppers throughout like the Lakewood shows. Not to mention horns both nights and the fun the band and crowd experienced each night. First night, 1st set Sleepy Monkey through Red Beans was unreal especially the Morning Dew sandwiched in the middle. 2nd set had a sick Vacation, and the amount of energy being generated by the boys caused pure bliss in the crowd during Arlene>But It Big – was out of control + all the brass!!!! This was definitely a Jimmy show – he dominated each jam even if JoJo, Dave or JB were playing something sick, he always finished things up. It was all great stuff but I still have mixed emotions about how much Jimmy needed to showcase himself that night. Being a huge Schools fan I wanted far more than what he dished out the first night. Early on he was really into jamming along with Jimmy, JB and JoJo – it was great simply watching him up on stage and the way he was man handling his bass and using it like a weapon almost as he played still leaves me speechless. Second set during You Got Yours is when Schools broke loose and I actually felt and called a Blight coming on which was sick - and the mullet rap was great. Thanks Dave!!!!! Red Hot Mama was so nice, then to only get the Mama Told Me Not to Come Home, Superstition>Tallboy with horns was an amazing way to close things (especially after being served tallboy cans both nights at Lakewood – everyone in the crowd loved raising their cans high). Finally the four song encore was played perfectly especially the Pieces with the sax in the back & North, I personally thought was great. Whether laying down some coin to the band or through a friendly taper – every Panic fan must get their hands on these 2 nights. You will cherish them!!! "

"Absolutely correct!! These were incredible shows. Friday night was absolute raw Panic at it's best. The horns were a wonderful addition and a perfect compliment to the band. One of the best shows I have seen, and I have seen over 200 since '87. Get this run it is well worth it."

"The 3 nights in Atlanta are the best shows that Panic has played since the unfortunate death of Houser. Incredible set lists each night! If you did not go then you completely blew it!!! Download all."