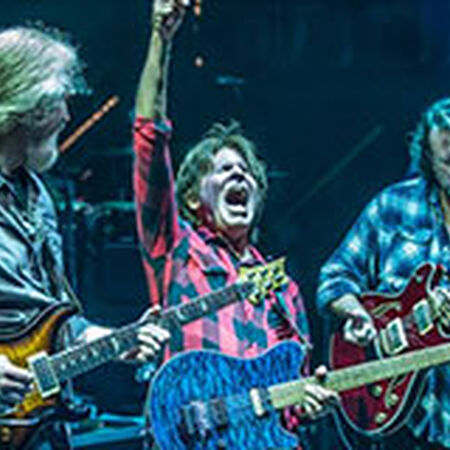 "This was an interesting show for sure. The boys sounded great, really locked in, and when Fogerty came out there was definitely a tempo switch, which was to be expected, but I guess the thing that made it difficult was of course the expectation that he would be sitting in with them, as billed, and not that they would be his backing band for a quick trek through the hits. That being said, there were definitely moments that stand out as being cool, particularly when he would back off during a jam and lets the boys do their thing. Not enough give and take between fogerty and everyone else for the collaboration to fully develop. It is what it is. Perhaps equal parts cool and disappointing. Maybe thats a bit liberal. Subsequent lockn sit ins w panic have featured much more willing participants such as winwood and Jimmy cliff last year. Going back to 2013 though I'd say the following night was better by any estimate excluding the novelty cool factor and featured Derek trucks sitting in on one of the absolute nastiest chilly waters of all fucking time. "

"GALACTIC BARNYARD BOOGIE!!!!!! From the jump , they hit and hit you hard. Henry Parsons grabbed you by the buckle and shook you thru a Pigeons that had JB down shifting thru the breaks and sliding it thru to rev it back up to speed. What may have been a perfect set w/ a little something something injected into one song to the next came to a screeching halt when fucking Fogerty joined the "panics" and looked and behaved like a drunk uncle @ a wedding, what a joke. Other than the novelty of the former CCR great playing along , he brought nothing to the table other than promoting his own new cd, and taking cheap jabs @ Herring and JB. "