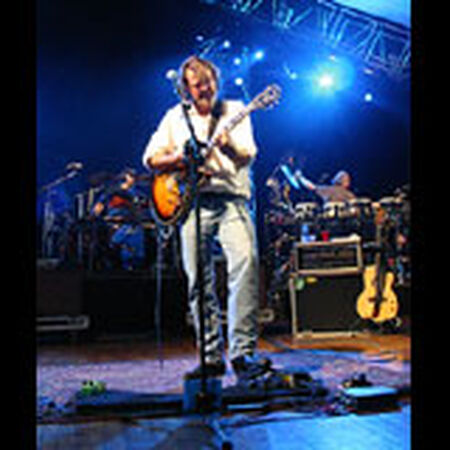 "We Should Be Glad !!!! This Show was so Hot I coulda cooked an egg on the dancefloor and served it up with some ribs and whiskey See ya in NYC !!!!"

"Widespread Panic at Merriweather, what can I say but the truths were all self-evident. The music would overcome the policing and Sam Holt would help us all overcome the five year soap opera. From the get-go I felt halfway between some crazy Saints fan cheering on Reggie Bush in the Dome and a random evangelical bearing witness on a muggy late Saturday evening on a roadside in the south. There certainly was something insanely positive pulsating through Symphony Woods on this evening, it was unmistakable. Many props must be thrown John Keane`s way for being such a great friend to this band, he has lent his whole heart and it shows. But the story here was Sam Holt. Anyone who`s seen or heard Outformation probably had an inclination that Sam`s skills were transferable in every way, but he still had to walk up there on stage and do it. Do it he did. Personally, it was at an Outformation show in Alabama last year where I heard the band bust into old old wsp instrumentals that it first crossed my mind that Sam could play with the big band. In fact Outformation, with New Orleanian Lee, Grady, Sam & others, is so good that the addition of Mr Herring may be because Sam has no intention of leaving his band in the dust even with his success with wsp. Anyway, Sam is an outrageous guitar player. His pickless wanderings are masterfull, he never misses a beat, and he`s creative as hell. At Merriweather at one point during Sleeping Man, Vic,JB & John formed like a semi-circle around Sam as they all were taken aback by the tremendous sounds he was laying down. And watching Dave watch Sam recalled another guitar player who used to push and push and push until they invented jamband music (please stop calling the Grateful Dead a jamband or I`ll shove my Garcia tie down your throat). I read someone else`s comment that the Merriweather show was the best they have seen in many years. Though I pretty much agree with that, it would be wrong to not mention that in my opinion in the last year the band seemed to have gotten its groove back. Shows in places like Memphis & Mobile in 2005 saved my sould from a bad girl named katrina and I cannot stop saying good things about the cd Earth To America. Let no one ever say that Gmac did not work hard, he is all over the new album and it rocks. Alas tho something was unleashed recently, something that harkens back to the beginning when Panic was something undescribable. "Welocme back, your dreams were your ticket out." Indeed, welcome back to the moon times. Peace & Music Yall - Lex now on Delmarva"

"where were the "kind people"? great show; but wish the crowd had been more loving.. too many "new faces" not playing nice; keep the negative crap out of the shows folks... I beg; please people; bring back the `good ol boy days`..... "

" I`ve seen them 4 times... 3 with Mikey. So / so. This time I was floored. I knew it would happen eventually, I just kept hitting some beat shows I guess? I was DEFINITELY impressed here.... they never stopped. Dave is the man, I am going to see them whenever possible now"

"Funny thing, I was 4th row between JB and Keane, and I looked at Sam and pointed to him while they were playing the encores and he was off to the side of the stage...he laughed and tipped his cap...Sam and Keane are both on fire this night. The band is really enjoying playing with the two of them. "