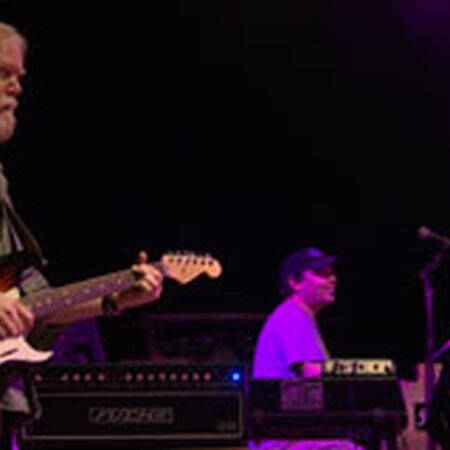 "Like the other reviewer we got there just as they were making some noise (gotta work ya know). And after, the two great shows in Charlotte over the weekend, I thought they might phone this one in. NOT!!! Trust me I miss Mikey and my first ever Panic show was at this same venue in 1998 but Jimmy (with those Monster chops) has made everyone in the band better (a la Michael Jordan). Travelin Light was a great set opener for sure. Right out of the gate they were crisp and powerful. Thought Suasage was missing from the rotation for the shows I'd seen lately. Love the way JB gets nasty on that one. Like a lot of spreadheads I like my Panic DIRTY!! UNlike the Phish show I saw earlier this year at MPP, the crowd was manageable (2/3 full maybe). Pleas, C BROWN (another first in a while) and even the three off the new album were all just powerful. As also indicated the PD>SM and Chilly with Warren and the Rain were a capper to a great weekday show. I wish they would do two shows there in the future on the weekend. "

"Great Show!!! The Merriweather always has a great sound and it didn't disapoint last night!!! Walking in right as the boys were doing their warm up jam and then all of a sudden, in your face with Traveling Light!!!!! You gotta love that! And I don't know how but it seems to never fail, the minute they started playing their last song "Chilly Water" it started to rain and they just jamed it out for 11 minutes untill the rain stopped. Incredible!!!"