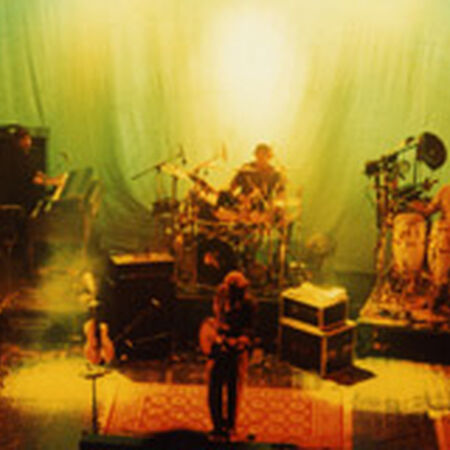 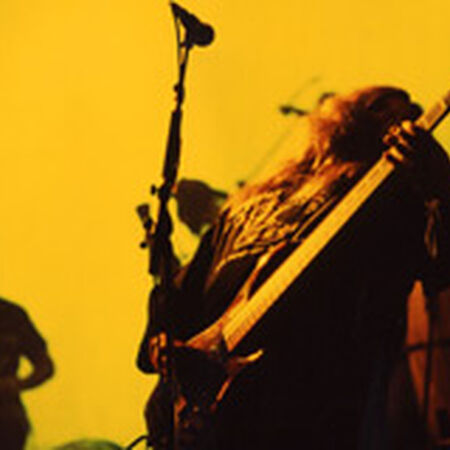 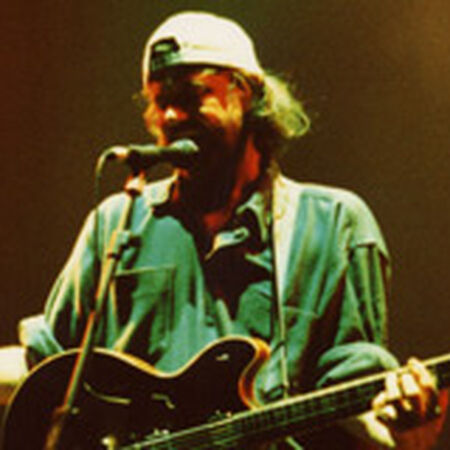 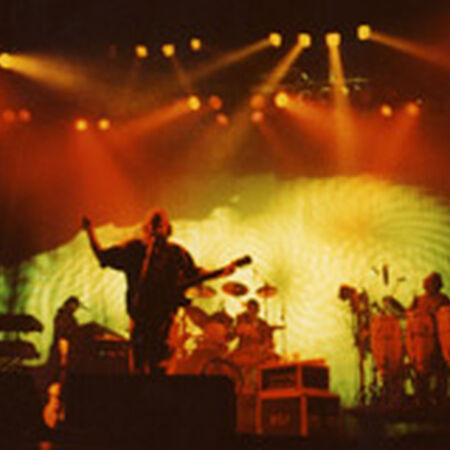 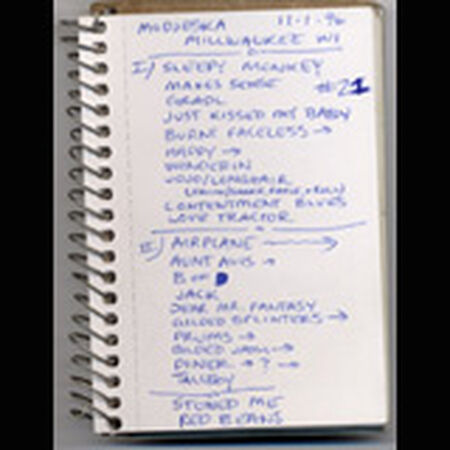 We’ve headed back to 1996 for the 4th volume of Porch Songs. One word sort of sums up this show: WOW!  And that was just what Dave had to say as the band took the stage that night in Milwaukee.  With such a large percentage of the crowd a little wrinkly from partying all night before at the Halloween show just down the road in Chicago, the band did everyone a favor and started out the set with a “Sleepy Monkey.”  After finding their way to and through “Makes Sense To Me” and “Gradle,” “Just Kissed My Baby” provided the perfect launching point for the evening…as if the opener didn’t take care of that itself! After Mikey gave us “Smoke and Burn,” “Happy” and “Wondering,” Jojo continued his Mardi Gras mood…that kept running right through the encore…with a little “Sick and Tired” / “Shake, Rattle and Roll” back and forth that got everybody hopping around for sure. Once JB sensed it was time for some chicken, the boys served up some “Contentment Blues” and a little “Love Tractor” to end what was certainly a wake up call for set two.

With the required seat belt check and a little prayer for the captain and crew, we’re off again with “Airplane” to begin the second half of the night’s journey.  After eventually landing on “Aunt Avis” and then finding that quiet space again, Mikey rips into “B of D” …and talk about taking off!  Whew!  “Jack” comes in right on cue to give everyone a chance to catch their breath, again.  Just then, out of nowhere we get a ”Dear Mr. Fantasy” with JB throwing in his originality and Mikey just completely shredding the place and then taking a “where are we now?” break again…just before venturing into “Guilded Splinters”…which just set the tone for the remainder of the show. Returning to “Guilded” after Sunny and Todd did their thing, everyone still had a bit left to go with a meaty “Diner” and then a “Tall Boy” to wash it all down. The encores were certainly approriate with “And It Stoned Me” and “Red Beans” giving the crowd the high five of…”Yeah, boy howdy… that was a great show and we’re not done with Mardi Gras in Milwaukee in November just yet.”

And, thankfully, neither are we!  So, as the band had just about finished up its midwestern swing of shows through Ohio, Wisconsin, Illinois and Michigan, it became evident once again that they can hit on all cylinders when the crowd expects it…like that Halloween show in Chicago…and even maybe when they don’t…like this next night in Milwaukee.   But for that matter, I can’t really recall ever being at a show where I didn’t think great things were getting ready to happen.  And when you combine a room full like-minded people with a band and their unique ability to channel that energy…I guess what you get is Widespread Panic.

Hey, speaking of trying to hit on all cylinders…this show gives us a good example of a Porch Song pick and what influenced it.  As I wrote a few months ago describing the series and the potential picks, I’m out there looking for some intersecting points where a certain show deserves archive consideration, but, for whatever reason, it’s highly unlikely that it will be able to get the Multi-Track love.  In the case of Milwaukee 1996, I first and foremost looked to the huge amount of support this show has always had from both the fans’ and band’s perspective.  I then considered a) the lack of a soundboard copy in current circulation among the tapers and b) what I found to be non-existent MT tapes in the vault.  But never one to give up, a thorough vault search did unearth this 2 Track Soundboard recording, and even though it’s not perfect…it does go a long way in documenting a show that was certainly close to perfection.  So, enjoy!  Feedback is always welcome…and I do listen, so drop me a line at archives@widespreadpanic.com.  Thanks for the support!

"i dont know for sure but isnt this the circumstance where the band comes out in Halloween outfits a little worn in from the actual Halloween show the night before? correct me if im wrong Horace if you wouldnt mind. "

"One of my first shows. What a night that was!! or next 5-6yrs for that matter."

""BUY MIKEY'S ALBUMS! Then you'd know that the title is 'Smoke and Burn.'" This is actually pretty funny. I own both of Mikey's albums but for whatever reason the last few tracks from Sandbox (those after She Drives Me to Drink) aren't in my itunes library so I had no idea that tune was on there. Thanks for the heads up Andrew."

"This show is insane. No, really. Certifiably with most governments."

Sick and Tired/Shake, Rattle, and Roll 379

I Walk On Guilded Splinters 422

I Walk On Guilded Splinters 329