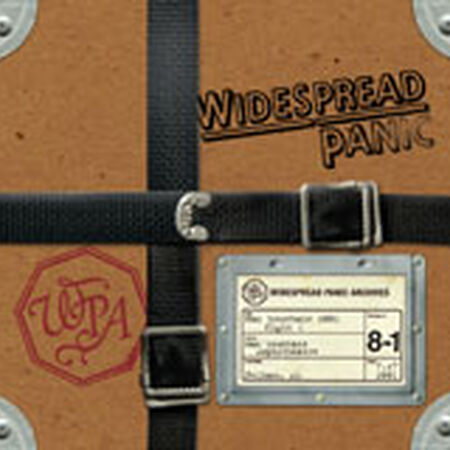 The Harder They Come 630

"We have seen a lot of '01 from Horace, but most of it has been good, and the Oak Mtn that year was about as good as it got. True this is the weakest night of the run (first set more or less mailed in until JB saves it with the Alabama rap in Let It Rock), but I guess it's worth it for completion's sake if we're going to get the rest of the run (which it appears we are). Would I have preferred NOLAween 99? Or HOB myrtle 99? Sure. But we'll take this. The Bigger issue is the production which is a noticeable step down from the high points of Johnson City, C. Springs, Montreal and Huntsville. This has more of a Danny Friedman vibe. Bass and drums real loud. Houser mixed down, JB's guitar basically mixed out. Plus an overall dryness and lack of presence. Listen to this Blight then the one from C. Springs and you'll see what I mean. Hope Rabold can ride to the rescue and save the mix for the next two shows."

"Complaining because we have got so much from this tour. However, these three nights in 2001 were insanely fun. Are you kidding me? Just a fun time. The boys laid it all out there in 2001. Other years will come! Thanks Horace and WSP for this."

"yeah, disappointed with this selection. A sad time in panic history. PANIC AT Oak MOUNTAIN was their home base and it was the shows in the 90's that made it that. 1994, 1995, 1996, 1997. Those were the shows that I remember that made them so special. By 2001 the scene had gotten ugly and really it was just a sad time. I don't understand this release. I bought it but I wont listen to it much. I will keep playing my copy from 94, 95 and 6-28-96 with blackmon. Those were the days of legend."

"Ok! 96, 97, '01 are very well represented in Archives/Porch Songs releases. Howsabout 98/99/00? Also, did Rabold produce this thing? Cause JB's guitar is mixed a bit low and Chris is usually a little better than that. I think it's a gutsy move to release the weakest show of the run. Sort of like releasing just the weakest set of the '97 NYE run. Viva consistency. "