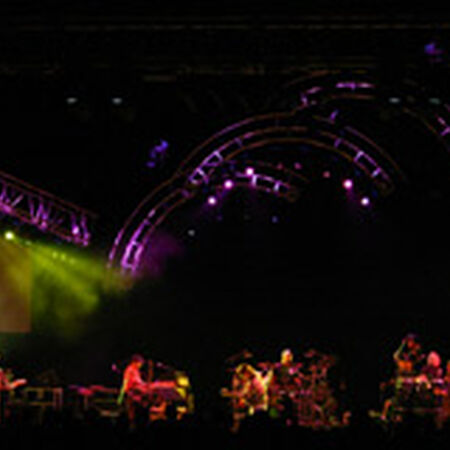 Knocking 'Round The Zoo 383

""OLD DEAD HEAD" the Dead did not play Sugar Magnolia every night, the music is standing on it`s own, and get a clue, THANK YOU PANIC!!!"

"This show was fantastic! Todd had snare troubles it looked like during Arleen, and they surfaced again during Time is Free, or else that song was going into the outer limits! A sick Chilly for first set closer is just what we needed! Definately in my top 5 shows."

"So they roll into Omaha and play a dozen obscure songs, including a stretched out "Time is Free". They could have used the time to play 4 good songs. There was a reason the Dead played "Sugar Magnolia" every night! Jimmy on the guitar? Great guitar players are known for what they don`t play, watch David a while and lay off man. I`ve seen many great shows in the old hall, Springsteen, Lou Reed, Tom Petty, Mellisa Etheridge. All of those I could hear and understand the vocals. Who`s on the soundboard? I know the music`s there, I`ve bought the downloads. Mellow out on the mix and let the music stand on it`s own, a Music Hall is designed to let that happen. I look forward to better next time, just like the time before this."

"I had a great time at this show. First show with Jimmy and I was impressed from the get go. I was never a big George fan but I also wasn`t sure what I was going to think of Jimmy. I now have no worries. Everybody seems jazzed by his presence and it`s a welcome breath of fresh air. I also enjoyed seeing them in such a small venue in the middle of nowhere. No offence to those of you that actually live in Omaha, but I don`t think there were too many natives there. The only thing I didn`t like about this show was the 20min boring as it gets, Time is Free. I noticed some people mentioned that song as a favorite, but I just don`t get it. Oh well, other than that, Good Times! See ya at Red Rocks next summer, and I`m sure it will be even better by then."

"Although I was not there, this show sounds as good as anything I`ve heard from this run. Check out the "Time is Free"!!!"