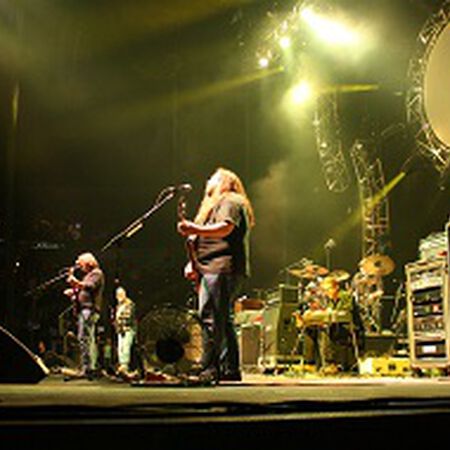 Don't Go Back To Rockville 332

"New Years Eve show will be released next week Jan-11-2010! We’ve All Learned to Expect the Unexpected…Haven’t We? I had a blast on New Year’s Eve ringing in 2010 with Widespread Panic at Phillips Arena in Atlanta. With a New Year’s show for the ages and a ton of friends and family to share it with, I don’t think I could’ve had a better time. Now I just can’t wait to listen to the recording. During the course of the two day run, it seemed like every conversation I had ended up centering on when the next Multi Track Archive release will be coming out. Although appropriately evasive with my responses, this topic certainly put me in an archive frame of mind. So, here I was, up early on 1/1/10…and on the heels of an incredible show with a legitimate archive question running through my mind. Combining these two thoughts together, “Instant Classic” Multi Track came to mind…and before I had a chance to reject that idea, I had already crossed my fingers and thrown it to Chris Rabold. And, wouldn’t you know it...instant resonation. Chris’ only concern was the overall production time a traditional Multi Track release would require would not be available due to scheduling constraints, etc. After going back and forth a bit about what level of quality he could achieve in a shorter period of time, we felt comfortable we could land in a much better spot than the familiar current 2 track option and therefore, release an enhanced recording. After assuring each other that roughly a week’s delay would be ok if the reason was honorable, we decided to make it happen. So, Happy New Year all over again. The Widespread Panic 12/31/09 New Year’s Eve show will be available in Mutli Track format next Monday, January 11, 2010. Pre-order your copy now! Cheers, Horace Moore "

"I had the time of my life both nights guys. This coming from a 35 year old who has seen the band numerous times. We had the luxury suite D 14 rockin' and when Mike Mills came out it exploded! Great job guys, you still amaze me."

"If you guys are waiting for the NYE sbd, check the WSP news page. It won't be out until next Monday as it is going to be a multi track release."

"I have to say, this two night run was the best i've seen in a while. What I don't understand is all the negativity? The godfathers of our lifestyle would be disappointed with all that nonsense. Are the hipsters out their not appreciative of the setlist? Like the old saying goes "a bad dead show is a good dead show." To all my fellow headdies, the best is yet to come! "