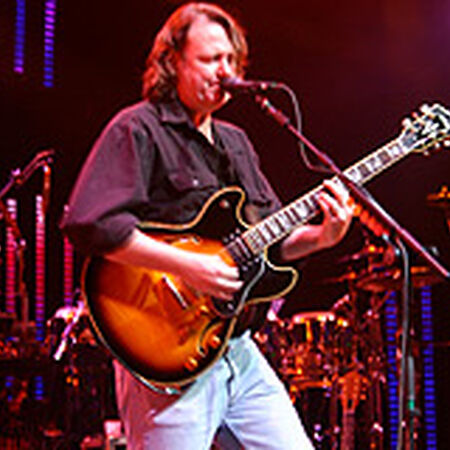 "This show is out of control. I`ve been to some hot shows over the years like Oak Mountain 01 and 02 but this is the best concert ive ever heard. Just listen to it. I saw Todd after the show and i heard him say "this was the most fun we`ve ever had playing...the coolest place we`ve ever played" I can definetly see why."

"Que Paso In response to the Conan O`Brian question, they played action man. It was, in my opinion, a pretty weak performance, I wish they would have played a more chill song. Jo-Jo went a little nuts. My question would be who did they wave at after the performance. I taped the show and after the song was over and Conan was shaking hands and such before the commercial break, Schools and JB both waved to somebody over by the interview area. The guest that had been on before was Rachel Dratch from Saturday Night Live, maybe she is a panic fan? This could be a really good panic trivia question."

"I can`t think of the name of the song that Panic played on Conan on April 14th? Any Help. Thanks"