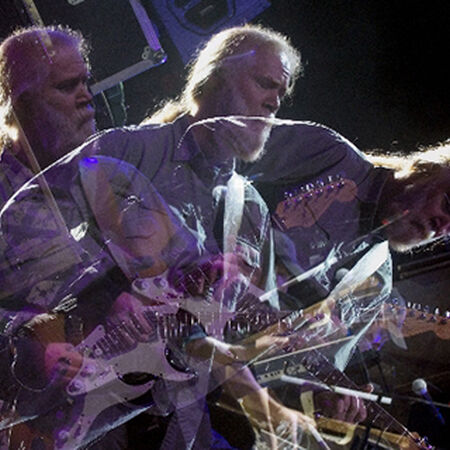 "I can assure you david, you wont be missed"

"Hey All, This was my first WSP show, after years as a fan. People aren`t going to say nice things about me after this review, but I have to say what`s on my mind. The band was great, although I miss George McConnell. I`ve been a live A1 for years (Audio Engineer) and the sound quality at this show was awful. If I sat down, it was OK, but standing up was bad. The vocals were distorted and that`s a great venue, so it had to be the A1. I also have to say that the audience was the most immature group of people I`ve seen at any show and I go to a lot of concerts. If you bought a ticket upstairs, stay upstairs. Trying to cajol your way to the front of the stage is just wrong. Since the audience couldn`t behave themselves, I hoped that security would try to control people but they sucked too. I`m partially handicapped and bought my tickets early, so I could get an isle seat, close to the stage. Half the show, I had to ask people to get out of my spot. The people at this show literally ruined the experience for me. If the same basic group of people could handle themselves at the New Years show Govt Mule put on this year, I don`t understand what happened here. I`m glad I pre-purchased the show`s download so I can listen to it at home. I have twenty or so live WSP shows and enjoy them all, but I won`t be going back to see them again."

"Just hit my 15th Anniversary with so many nights by the fireside Thanks for bringin it night after night -RCMH was awesome- my first experience if you will was the ARU/WSP Jam>SpaceWrangler back in 92 at the HORDE- Jimmy was there and now he is here where he should be- Man, what a difference a year makes - The kettle is now back to hot once more, the circle is now complete, Cheers ole friends - Thanks for a great weekend - See ya Sometimes.... "

"I hadnt seen WSP since The Ween/Nov 1 `03 shows in NYC at MSG. Something had always come up since they came back from their break a couple years ago. After getting tickets to the two NYE shows @ Phillips Arena this year I wound up violently ill the entire weekend and unable to move from my Hotel room bed. Then I got tickets to a Show in Albany this past spring, only to get stuck working. So as these two Shows approached I couldnt help but be flushed with anticipation. I thought both nights delivered in a big way, with the Second set of the 21st being up in the top five sets of Panic I`ve ever seen. I am by no means the ultimate authority or expert on this band. But I have seen and heard enough to know when I`m getting an above average set. Both sets Friday night were delivered in that fashion. But Saturday night was just Downright nasty. Sure we Missed Sunny, but there was Music to be played. And man was it PLAYED! The Second set Chilly>Jam>Maggot>ILS>Water will go down as one of my favorite things ANY band has ever done. I could be wrong, but it sounded like they were supposed to take Chilly more directly into ILS, `cause I heard Dave heavily implying the intro riff that starts it up. But they were too deep into outer space for that segue to come off. The Jam between Chilly and MB was incredible. I never was a George Hater, but the Genius of Jimmy Herring and how perfectly he fits this band is on full display throughout both of these shows. TPOT as an opener threw me for a loop and suprised me at how good it is in that slot. Bust it>Smokestack>Blue Indian was probably the highlight of a 1st set that was extremely well played and closed out in Sinister fashion with Bowlegged Women. There`s no way I`m letting as much time pass before I see this band again like I had previously allowed. I`m not wasting any time in D/L`ing this show either. I suggest you follow suit. "