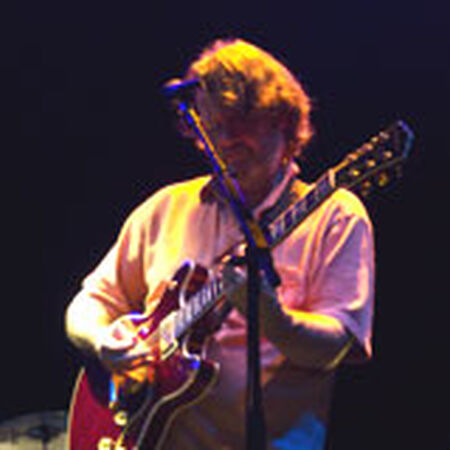 "rebuttal to some reviews. how can you wsp fans keep comparing with abb like it's a contest? example: wsp blew the bros. off the stage, warren and derek can take a hike? do you think THEY are competing with each other? i know jimmy is the man but so are derek and warren. i am just warming up to wsp so i don't know everything yet except that they can make some INCREDIBLE music. i love schools, bell, and herring. BUT the abb are coming from a different direction. they are steeped in the blues which wsp is not. warren and derek can rip a hole in the sky just as good as jimmy.and i have been looking forward to the 2 bands playing together so i can hear jimmy with the bros. and warren and derek play with wsp. this is a good thing. you get to hear the players in a different context.quit bashing. it is not possible for either of these bands to have a bad show. get on the mule train"

"Show was smoking hot! Panic was on fire from the get go, and set the bar really high for ABB (members of WSP helped out for thier set tho). The jam section of Fishwater>Xmas Katie>t light>diner>>wrangler>blackout is top notch old school panic at their best! Highly recomended!"

"was at the show. not 70 minutes. closer to 2 hours. WSP blew the brothers off the stage. Much higher energy set. Lots more people groovin'. GREAT way to start the tour. Not one bit of rust. "

"Both bands are playing for 2 hours each. This show is on 2 discs because it was 2 hours long."

"Why put this on two disc's? it's only seventy minutes long. ThIs "tour" is a joke and I hope they like playing to three or four hundred people a night. I'll be in chicago the same time as the shows, I'm going to see "Steely Dan". Sorry to see it go down this way."