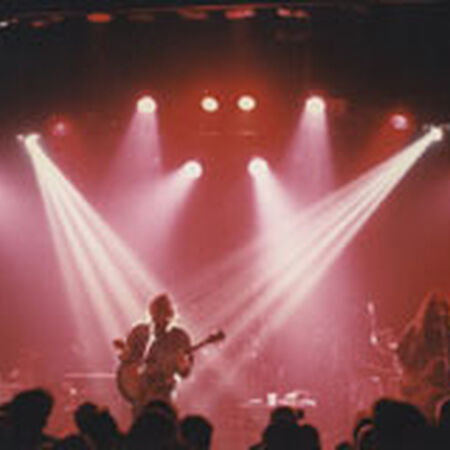 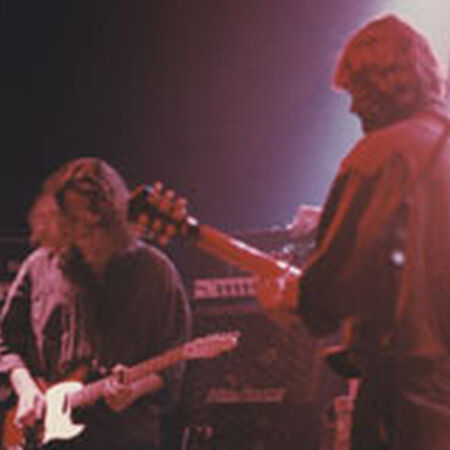 Another visit to 1996 brings us the 9th volume of Porch Songs….and another amazing performance in the process.

Widespread Panic made Colorado their second home a long time ago.  They’ve probably played every town and venue in the state…..from the true hole in the walls to the likes of Red Rocks and Denver’s Pepsi Center.  No matter the season of the year or how remote the venue, the boys always came ready to play.  On a Monday night in June of 1996, Grand Junction was the place….and a seamless performance was in the making.

Pretty much Old School defined, this show is all about the connective tissue between the tunes and the magic of improvisation.  Some of the segues turn on a dime while some evolve from nowhere.  Right out of the gate we get a taste of what’s in store with the Glory Fishwater opener…..the jam out of Glory charges into Fishwater and it’s game on.  With a smooth rhythmic buildup from L.a. into Weight of the World, the band is locked in and scorching the set.  From the start of The Last Straw, the band skillfully takes us on a non-stop ride….with Dirty Business effortlessly sandwiched into Stop Go and then closing the set with Pigeons right on into Bowlegged Woman.

The second set was no different in how it set up and played out.  Opening with Tall Boy, the segue afterward finds JoJo playing out a backwards Hatfield intro before the rest of the band joins him for the real deal.  From there, Radio Child and Pilgrims bring us to a turn on a dime beginning to Blight and then a rager through and through with B of D, Airplane and then a crazy Pusherman jam into the Drums.  Of course, Pusherman came back around before Conrad closed this set.  The Postcard encore said it all…”I don’t ever want to leave!”….and they didn’t as they stuck around for a great rendition of Stag-O-Lee.

This show just brings it all together….musicianship, intent, patience and that unending love between the stage and those lucky enough to have found themselves in Grand Junction on that Monday night…..and once again, the boys proved a point… don’t miss a Colorado show…no matter what day of the week it might be!!!

"...was living in SLC @ the time and rolled in to dusty Grand Junction in the afternoon. This was back in the day when the boys could be seen strolling in the lot and you could have a chance meeting at any time...Needless to say, it was a hot, hot show. It seemed as though the a.c. was not on, or maybe we were all just crammed into that aud on a particularly sticky day..Either way, I had a good ol time absolutely rocking out with my friends. I was a young buck of 26 and a couple years new to Panic. Since then I've seen about 50 shows and this one stuck in my mind. Some comments are made on technical prowess alone, but isn't it rather, the memory of the day, the folks you were with, and then the fuse that's lit by the first lingering lead that makes your Panic show stand out. Although it will NEVER be as it was with Mikey in the mix, I am grateful for any Panic that I get these days. I'm 44 now and count on these guys being around for many more moons doing it like the Dead....why, because that's what they do."

"Solid show, few snags here and there, but nothing to get in a twist over. The energy was high and Housers playing is amazing as usual. What will WP release while on hiatus? I'm hope we get some fully remastered stuff. Bring it on Horace, feed us brother."

"Can we PLEASE get 10/31/97 as the next archives release not as a porch songs, though i'll take it that way if i have to. Im pretty sure "im not alone" on wanting this one. IT NEEDS TO HAPPEN!"

"6-28-96 at Oak Mountain blows this auditorium show out of the water. Tapes don't lie."

"Not sure what the deal is with Houser's guitar tone on this source. Certainly doesn't sound like this on the aud tapes of the show. Maybe getting only half the stereo feed or something? Can something be done?"