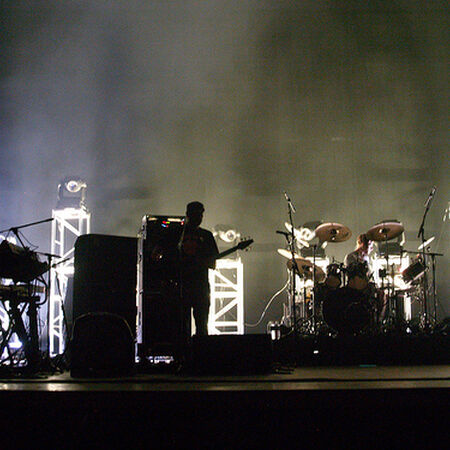 "Very hot show just delving into the biscuits but this one rocks! And shouts to the palace truly an amazing venue to see any act in!"

"How about the Newport recording?"

"the boys had fun. lots and lots of fun with lots of jammy goodness resulting in 20+ minute songs. it was excellent and really gave each member a chance to try what they wanted. i had a blast."

"this show was nice in a very unusual/classic way. first set brought the unz the entireeeee time, and who doesn`t looove a bisco dance party containing an inverted iman...holy shit that was nice, and even better was the gangster to follow. second set was off the hook...hope? robots? confrontation? exactly what a bisco fan wants to hear after a nice dance set, in my own opinion. The spy encore...well, if you`re a fan of that song you`ll fucking love it, if not...well, they played INCREDIBLY well, and it`s still worth a listen as the energy was intense with Magner`s singing with the crowd at the end. All in all a very fun, incredibly well played set by the boys that was completely unexpected. Oh, and The Palace is fucking nuts. go see a show there and marvel at the renaissance glory within."