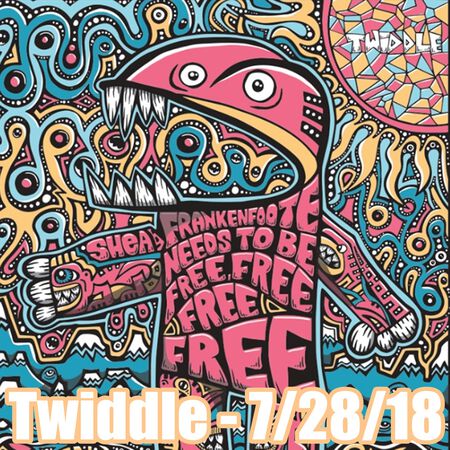 "The Orlando’s set was pretty creative blending in the songs from the characters in the song! Was a treat to be at. Excluding the evacuations and not having wrist bands as most festivals do.reentry was a bit of a drag. Overall music was fantastic "

"after a second night of lightning evacuations i expected when i finally got back in to see pigeons but instead while in the pizza line i heard blunderbuss starting up at the main stage. unfortunately i missed the 3rd set ....my 8 year old was with us... but highlights in the first set were especially hallelujah...the second set reminded me of a show i went to as a young man at the brendan byrne arena celebrating bob weir's birthday...the magic of the flowing Orlando's brought images to my mind of seeing a show at this mystical (no idea if it was real venue..although Nectar's was up the street). When the final refrain died down and the and left the stage i actually felt musically fulfilled... ...although my 8 year old daughter when she saw the setlist was dissapointed she missed Lost in the Cold...guess we will just have to catch them again...hopefully closer to where we live now...in Ottawa."

"OMG that was my first Twiddle Show and oh boy it is a reaaky good treat to relisten the show !!! Thanks Nugs !! The only thing I want is to buy the show in CD PLEASE MAKE IT HAPPEN"