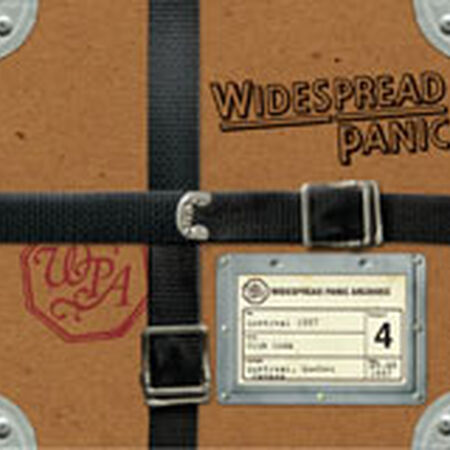 “Well, well, well.  Looks like we‘ve won your sympathy and you have won our hearts.  Thank you very much.”

Just before the encores, JB sums up the evening with that understated uniqueness we’ve all come to expect.  (Un)knowingly, he’s defining an aspect of this show that gives it that “it” quality. That intangible, interactive energy between the band and the audience that we can’t will to happen, but know it when we feel it.  Each night has the opportunity to reach incredible heights, but for it to come around, everyone has to leave it open to that chance rather than forcing it.  The ability to keep that balance properly aligned and find it from time to time has a certain way of coming through in those seemingly, low-key, out of the way spots.  And sometimes that’s the best way to let the magic finds its way into the music – when we least expect it and just let it happen.

That’s what’s really special about this Club Soda show.  In looking at how this September 1997 tour was structured, this could have been a show to skip…or maybe not.  This was the fourth show in a row to open the tour, on a Monday night, involved crossing an international border, at a real small place so it might be real crowded, and, of course, Montreal’s got that whole French thing going on.  All of that could keep some from making the trip, but for others, those were exactly the reasons to go...and possibly collect the rewards for doing so...and maybe even soak up a little culture in the process.  The band just seems to have a knack to know when the fans have gone out of their way and really paid some dues to make it.  Or when a local crowd gets it.  In either case…and in terms of this Montreal 1997 show, both cases…Widespread Panic gets off on that and then seems to go that extra mile.

And so it happened that night in Montreal. “Heroes” opener. Good to go out of the gate and set to hopefully make some great memories…as they fade into “Barstools”…in a bar… and by the end of tune number two no one’s in a bar anymore as much as they are just out there...ready to get taken.  And you get the feeling that the extra-milers that made the trip just got a piece of their reward...and that just maybe they are the heroes for making that extra push to get there. Just then the band no doubt pays reference to that international border crossing by just nailing “Travelin’ Light.”  Given the crowd’s reaction you get the feeling that the locals just got what WP is all about...in only three tunes.  Practically the whole show to go and everyone is dialed in.  “Greta” then sets everyone up for the first “where are we really headed” exploration...and you get the feeling that the band has the crowd right where they want them…and the other way around.  The band begins to find its way into familiar and imaginative jams and segues that take us into “The Last Straw,” “Holden Oversoul,” and finally into “Can’t Get High.”  As the crowd attempts to gain its composure, the boys just slam on the gas and effectively dissolve into “Four-Cornered Room.”  And quickly it’s dark and wicked…and it’s just where everyone wants to be.  And the band is spewing this wonderful cacophony that is reaching higher and going further and further until “Worry” just finds its way in...perfectly.  And the band and the crowd just absolutely rage with emotion and energy as “it” has found its way throughout the entire fabric of the first set.  And as that delicate balance is carried into the set break, everyone’s just hoping it carries through the rest of the show.

There’s a great sign right off the bat with a totally inspired version of “And It Stoned Me.”  No doubt a reference to that first set.  And it proves itself out quickly as we find the band bridging that set break gap in fine fashion.  A quick turn to “Rebirtha” shows us the band is ready once again for a little adventure as they search for a while and eventually find that transition into “Space Wrangler.”  That local Montreal crowd gets a little schooling and then back to the jam with “Happy” which then finds its way rather nicely into “Going Out West.”  And everybody is just on.  And when the funk hits with “Just Kissed My Baby” that French connection between Montreal and New Orleans just overpowers everything and the band absolutely kills it.  And the audience has to be losing its collective consciousness.  On many levels, it’s gotta be so hot in there by this point in the show that this small venue has been transformed to an outright sauna with the heat just rising out of control.  And so the band obliges by dropping right on down into a “Papa’s Home” to give everyone just a little rest and a slight chance of recovery.  And surely everyone was prepared for a nice jam into the drums considering where they had already been, but no one knew what was really on the horizon... as the band gave up a taste of something yet to come in the form of a “Bear’s Gone Fishing” jam.  No vocals yet as the tune was still under construction but yet it’s very spontaneous and completely on at the same time. More than that it conveys the feeling that the band is completely in sync with this crowd and is pulling out all the stops along the homestretch.  Sunny and Todd totally integrate the drums into the flow of the set and the band then creates a wonderful bridge for Papa to finally make it home...just in time for “Porch Song” to provide a raucous ending point for yet another outstanding set.

After two sets like that who needs encores?   Well, everybody actually as absolutely no one was ready for this one to end...especially the band.  After JB graciously thanks Montreal, lots of well-intentioned high expectations are met as “Last Dance” provides the segue to what is now Tuesday morning.  And at once, the band and the audience are right back on top of what they spent the whole night creating and by the end of the song, JB’s taking everybody out for bagels…and it’s ending perfectly with a beautiful “Gradle” to send everyone away. But not so fast as Jojo tries to get the last word in with a “Tall Boy.”  Is this band ever going to stop?  Well, maybe everyone but JB.  Obviously inspired by the evening, that boy wasn’t ready to go as he finally ended the show with a completely unexpected solo rendition of “Let’s Get The Show on the Road.”

And with that, it had come and gone...literally and figuratively.  And the band looked back on its four day run to start the tour and it felt good for sure.  And I’m sure that day off in Toronto was going to feel even better.  And the crowd did what crowds do after shows like that...the locals ask the previously-initiated where the next show is.  And the previously-initiated?  They do what comes naturally...they bask as long as they possibly can...before they hit the car and the next show to hopefully find a way to let it happen all over again.

"Yea, it seems to be an echo in this feed, but I too could not believe believe how dialed they were from the jump... I have only herd barstools in this, but I I believe only twice. The other was a lot like tonight: BOOM OUT THE GATE.... BARSTOOLS IN THIS SLOT Seems There way of collectively giving us an Easter Egg TO LET US KNOW TO BE READY! Four Cornered has always been involved in higher energy shows. A way they almost give thanks to there fans and Home Team for there work. They're are many reasons why I love this band, but their attitude with sharing the energy and being aware of how powerful it is between us, it only makes is it all THAT much better!"

"Most shows I attended it took them a couple of songs to find their way. They come out on fire and retain that intensity the entire show. JB sounds extremely soulfoul and everbody else was on as well. This is the best archive I have purchased hands down. "

"Thanks! Loving the full packaged releases. Buying them all. Been turning people on with 4/27/97 for quite some time, but I guess it's time to release an older one. How bout a 94 or 95? 10/28/95 Baseball Field, Millsaps College, Jackson, MS"

"great show. streamed it before, but had to have the sbd after i heard the jkmb on sirius. keep 'em coming!"