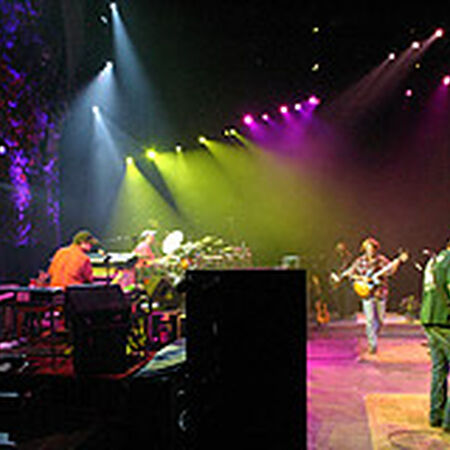 "Jamming show here. the 15 min 2nd skin is worth the price alone, then into a killer rebirtha. WSP are the best Jam band out today hands down. Please keep the great shows comming, will we ever get to download some classic shows? Keep Jamming America... Eastcoast Phil. TCBRN. Simpsonville, SC."

"Firt of all, this show was definatly the dark and jammy show of the 2. I`m not sure if anyone has mentioned the Pigeons from this show, but it is NASTY. They don`t finish it with the big ending, however they finish it more in an understated way and launch into a nasty, dirty Panic jam. I say get this show for if only for the nasty Pigeons!! But seriously, the rest of the show is very nasty as well. The Second Skin>JAM>Rebirtha>Jam to open the show was very impressive as was the Drivin>Vacation>Driving. 2 Thumbs up from this guy!"

"The two nights at Phillips blew my mind away. I did`t know what to think. That day on the thirtyth I lost my job but those two mind twistin kick a$$ nights made up for everything. Damn what a party!!!! The haze in the air and the jamm made everything f*uckin sick. Sh#t none of us are free was enough to make me jam out but dnag the Low Spark>All time Low>Low Spark made it perfect. But then the second night open with sittin on the Dock of the Bay and later Tall Boy, which they handled nicely. But also expiration Day, all the songs about Georgia (which I gotta ghive major props for), the Ribs to Thin Air, which was a pleasure as alwways. I really enjoyed the Big Wolly though when the whole place got quiet and everyone gathered around JOJo then left when everyhtin was thrown two times, I might add. Man, I cracked up when I saw that Sh!t. And Flat Foot, Schools, you did a great job rockin out that song. Last the enccore killed the whole night. Fu@kin amazing! I don`t think I enjoyed a show that much since Huntsville and Pelham in `02. I will say though George, you my man opened it up both nights. Amen, I say, Amen, these guys can play. "

"This started two of the best nights of fun, brotherhood, and smokin ass music I`ve ever witnessed. If anyone disagrees, they obviosly werent there. And ease off the "well it wasn`t as cool as the 90whatever show...." b.s. I always see on here. These guys are tighter every time I see them and if you like some southern ass kickin rock n` roll you won`t find it better than Panic, and to constantly compare them to how it was back in the day tells me nothing about the show I am looking to download. YeeeeeeeFingHaaaaaaw to the boys, and we`re like a bunch of crackheads waiting for spring tour around here."