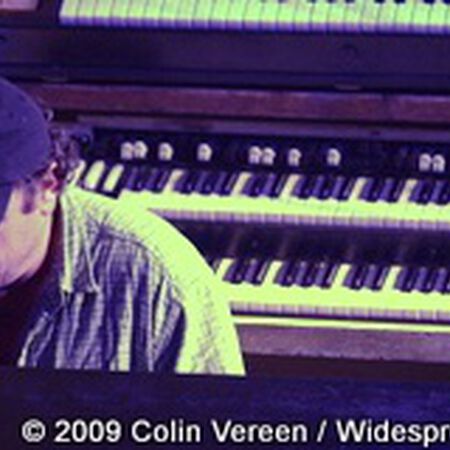 "Correction: I have not seen panic since April Fool's '05. Only show from tour not on Live Panic."

"Yeeeeeeeee Haaaaaaaa! Had a great time, thank you and come again! :)"

"This show was a treat after the "half-shows" with the Allmans earlier in the fall. The boys walked out at precisely 8:00 and played for eighty minutes, took a brief break, and rocked it out until almost midnight. The big jam out of One Arm Steve was a highlight of the first set. Biggest crowd response was strangely for Walk On. Gimme was soulful. And a nice Jack at the end of the second set was a novelty as well. Safe in some ways, but very well played. All kinds of smiling, especially from Schools, who maintained a conversation with some folks in the front throughout the evening. JoJo wore a tambourine on his head for awhile. Less of that in Indy the next night."

"Excellent show in my home State. Not a bad seat in the house. It was also cool they had some doors open to let in some of that fresh Michigan air in. Great set boys!"