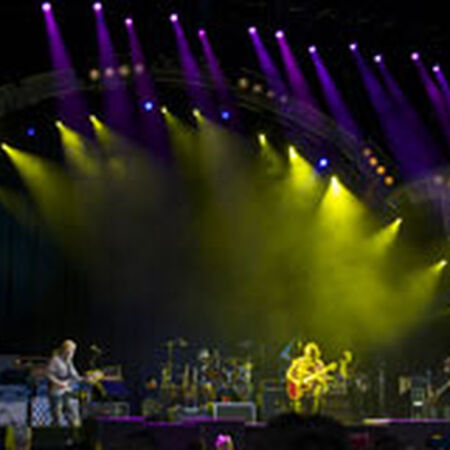 Party At Your Mama's House 597

"This was one blazing WP show. The bands energy was high for sure. We were right up front for the party. The last few sings with Warren were jacked up. Really was glad to be there for this show. Keep jamming America, see you next year on the road. Coconut Phil. The aging hipster."

"Panic was on fire last night! Incredible show. Warren showing up for the last 2 tunes was awesome as hell. The energy of the crowd was amazing. Everybody dancin' their asses off and singing loudly all around me. If it wasn't for the extremely negative, and often hostile energy from the Verizon Wireless Gestapo security guards, the night would have been perfect. One of them, in all seriousness, actually requested that I TRADE PLACES with the guy next to me because he had Seat 35 and I had Seat 36, and we were dancin' in each other's spots! We of course looked at him like he was f'n crazy (he was) and kept on dancin'. Unbelievable. But as far as the show was concerned, if the Allman Bros had never stepped foot on stage, Panic alone would have been worth the price of admission. Great show! "

"This was clean rockin show. Real tight. I kept it together til the last two songs. With guest Warren on Parsons and Mr Soul it topped of the night with major mojo."