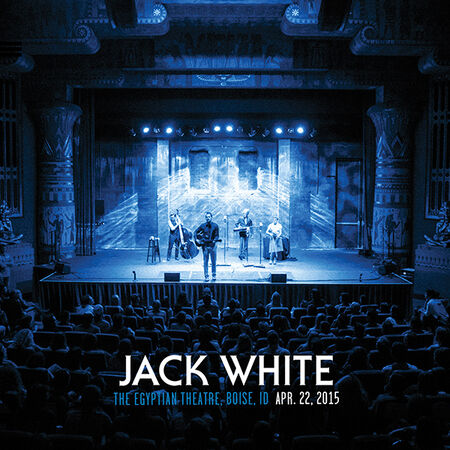 Announced that day with tickets priced a mere $3, the intimate, all acoustic performance at the Egyptian Theater in Boise, Idaho on April 22nd, 2015 is an enlightening collection of Jack White songs spanning his career to that point. Originally released in 2016 as part of Third Man's Vault subscription series, the audio is newly remastered by Bill Skibbe at Third Man Mastering in Detroit and is ready for wider appreciation as part of Third Man Thursdays on nugs.net

"Amazing show, Jack should do more bluegrass. Fats on the dobro is great. "

"Lazaretto era with a Goodnight Irene cover as the closer!!! Thank you Jack!!! "