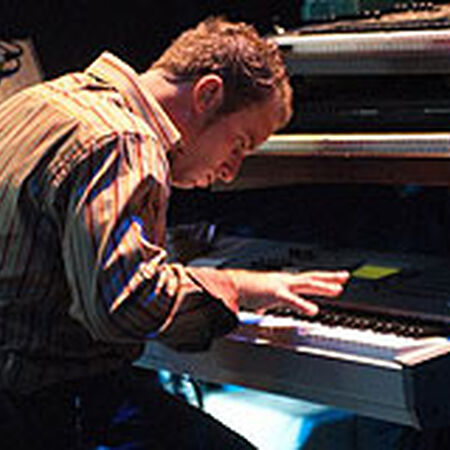 "maybe i was a little too cut and dry. the dirt and madness that is bisco is nuanced. i`ve been listening to some sammy shows lately, and i`m certainly reminded how disgusting he was. sammy built bisco sound for sure. old bisco was the shit. but v2.0 is the shit too. the boys are all getting better, they`ve got new toys, brownie is getting raunchtastic w/all the fuzzy and thick, wet, stunner shit. i like how allen really brings the untz. it`s stupid to say that one is "better" than the other...they`re both phantastic and different. that being said, i just love where v2.0 is going. they are so fucking disgusting...allen is getting tighter...i will always love sammy, but i`m practically pissing myself with excitement for v2.0 camp VI was the SHIT"

"It sounds like far too many people come to biscuits shows expecting or hoping for a certain play list. i suppose part of the fun in being a biscuits fan is thinking about what they should play next. Calling the next song is a legit feeling. But I am so tired of people coming back from shows telling me why they sucked. What kind of fans are these? Since my first show years ago I have been riding the ups and downs of biscuits music and I am grateful that I have been given the chance to understand and feel their beautiful energy and music they present to me each time they go out. They are only getting better and more creative. That`s why when I see a post "this show sucked balls" it just makes me crazy. maybe it wasn`t their strongest act, but I don`t think the people who are constantly talking about why sets were mad weak or what they should have played, and when,... I don`t think those people really understand the philosophy behind the music. If you are not riding the wave and enjoying every moment, like they are, then I suggest you try because it’s an incredible feeling. That being said... camp was great as always- last show was off the hook. Astronaut> munchkin> astronaut was outstanding... i completely forgot who i was during caterpillar>cyclone>caterpillar... spun cookies"

"alright, maybe i overdid it a bit. obviously i don`t have the authority to say best ever. who does? in any case, camp VI was, personally, MY favorite bisco. i like allen better. i think it`s safe to say that for fans of allen, these are quinessential sets. as for this second set supposedly sucking balls...that is simply retarded."

"this show was lame. absolutely nothing to write home about. the 1st set was decent at best. the strawberry girl fakeout was funny. the 2nd set sucked balls. i liked the sound one. and then "i wanna be sedated"? give me a f***ing break. all that song did was interfere with the length of the buddha jam. d/l the mic recording of this show if you are dying to hear it...not worth the $10."