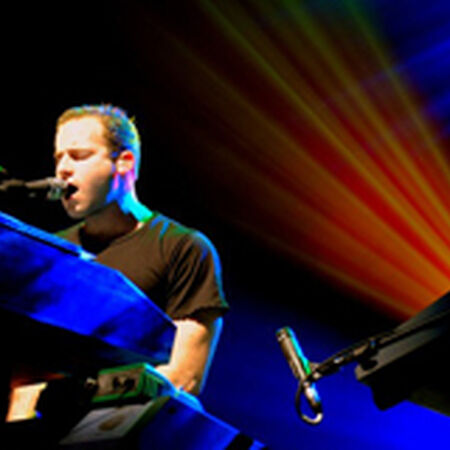 "I have seen the Biscuits semi-regularly since 1999, they are one of my favorite bands especially since Phish started touring less. This is really unique music and this Eureka show is a great example. I have gotten Biscuits shows for free from audience recordings but it is so incredibly worth it to hear this nice soundboard. If you listen on good speakers (maybe not ipod) then you will really appreciate the clear tone of the bass, and the lack of hiss/people talking is also nice. I was at this show and it brought back my enthusiasm for live music. Gutwillig was having fun, jumping up and down egging the other guys on to ever crazier guitar-led heights, by the end of the show his shades were literally sliding off his face. My favorite Biscuits since High Sierra late night. Highlights were Cyclone, Digital Buddha, and much of the second set. They only stopped playing a couple times, you know how it is, all the songs ran together into a delightful mishmash, the parts between the verses were beautiful. I thought they were busting out some great classic songs but you decide for yourself. Vasillios encore! "

"dude that tahoe show into this is freeeeeakin eepic ........... la was sure to be straight fire. hopefully they do it again soon"