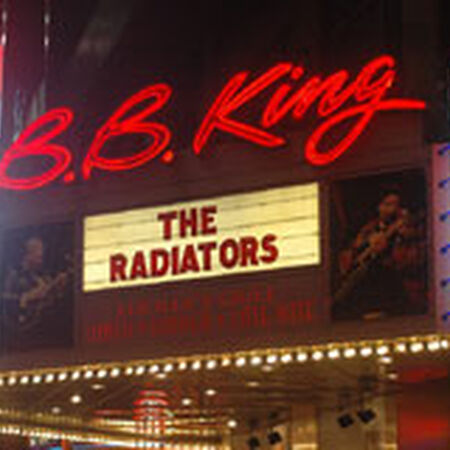 Pass Out The Hatchets medley 417

The Radiators post Katrina triumphant return to BB King's to a very packed house and enthusiastic reception. The show busted open with a Can't Take It With You When You Go medley then went on to include some great classics and the soon to be released title cut Dreaming Out Loud. The second set opened with another cut from their impending Jazz Fest release, Don't Pray For Me followed by a very rare cover of Jumpin' Jack Flash and The Cuckoo preceding the set closer.

"Fantastic show, I`ve seen them a lot they were on this night, Opening cut worth the price."