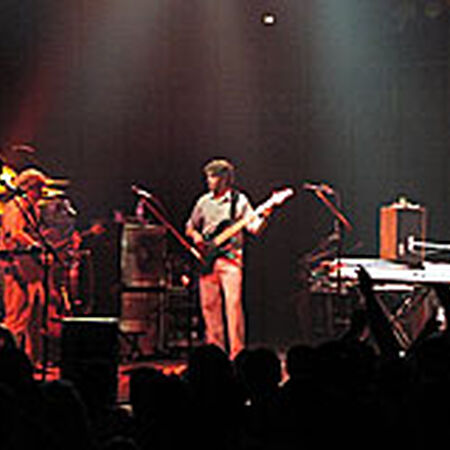 The Mighty Quinn (Quinn the Eskimo) 476

"Nick, you should buy this show. The sound issues are a non-issue. This show is incredible. ...honestly one of the best String Cheese shows I`ve ever heard! ...maybe THE best."

"This is a great show. 2001 was a great year for the cheese, and I agree with Larry that this is the best show I`ve heard from that year. ...lots of energy Nice "road" theme throughout the first set. WAY BACK HOME!!! Second set speaks for itself --> `Round the Wheel > Miss Brown`s!!! Late in the Evening <--great Paul Simon Song. Excellent Midnight Moonlight. Get this show!!! If you wanna save the ten bucks, there`s a great sounding audience tape of this show on archive.org. Have fun in SF this weekend!!! ...wish I could be there :( HAPPY NEW YEAR!!!!"

"2ND SHOW< WHAT MORE COULD I ASK< LATE IN THE EVENING< ITS BEEN THIS WAY SINCE WE STARTED TO ROOM< MANY MILES FROM HOME, WHAT ELSE"

"the memories of this show, cant believe its been almost four years"