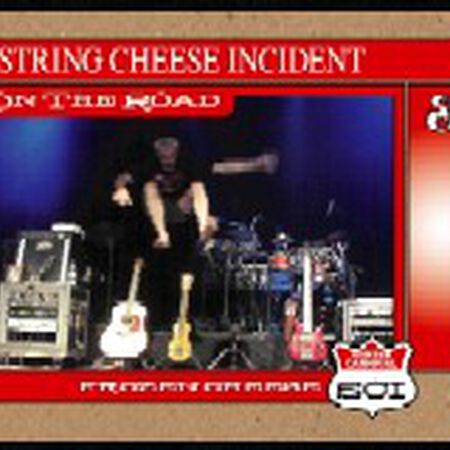 Celebrating the upcoming 2011 Winter Carnival at First Bank Center in Broomfield Co, "Frozen Cheese" is a compilation of UNRELEASED nuggets from past Winter Carnival Incidents.  Instead of compiling a 'best of' collection, I wanted to put together an eclectic mix of songs which would be enjoyable to listen to, as well as songs that aren't available on any of our LiveCheese releases.

First off, a fabulous version of 'Little Hands' from 1999 at the Boulder Theatre with special guest Jerry Douglas on dobro. This is followed by the first Cheese performance of 'Birdland', again with Jerry Douglas on dobro.  Next up,'The Chicken' from 2/21/2000 with special guests George Porter Jr and Art Neville from the 'Funky Meters'.   This is followed by a pair of tunes from the 2002 Fillmore Winter Carnival which was part of the filming of 'Waiting For The Snow To Fall'... Black Clouds and Ten Miles To Tulsa.  Disc Two is composed of the 3/18/03 Vail Incident's set one closing jam of Emma's Dream, Orion's Belt, Under African Skies, and Restless Wind.   Those of you who remember that show, will remember that this was the 'blizzard of the century show'.  We never released that particular show as an 'On The Road' release, and this compilation represents the first time this material has been made available.

I hope you enjoy listening to this as much as I have.  See you in Broomfield!

"This lil collection is definitely worth purchasing.. A killer Little Hands, The Chicken, Black Clouds, all and all it's all fire. For 5 bucks I don't really see how you could pass it up"