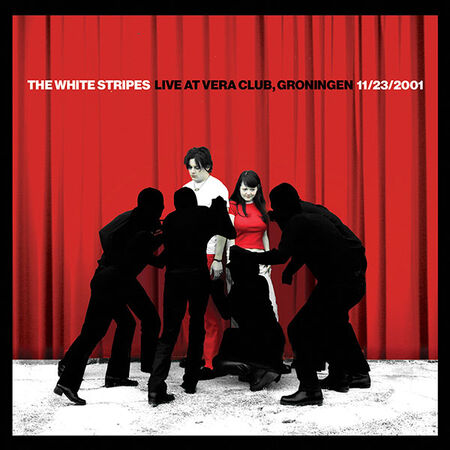 Read more about the show on the nugs.net blog here

To jump-start the year-long celebration of the 20th anniversary of the White Stripes third album White Blood Cells it felt appropriate to dust off a solid recording from 2001. Recorded at the legendary club Vera in Groningen, Netherlands, the White Stripes were in full stride during this their 2nd overseas trip of the year. Opening the show with the a-side to their first single "Let's Shake Hands" and ending two encores later with the b-side to that same single ("Look Me Over Closely") and you'd be hard pressed to find a more representative gig from this run of shows. Seemingly shared amongst tape traders since its recording, now is as good a time as ever to make this high-quality recording officially available to the public.

"Fun little show. White stripes were so much fun."

Dead Leaves and the Dirty Ground 168

I'm Finding It Harder To Be A Gentleman 168

You're Pretty Good Looking (For a Girl) 97

Fell In Love With a Girl 69

Look Me Over Closely 150