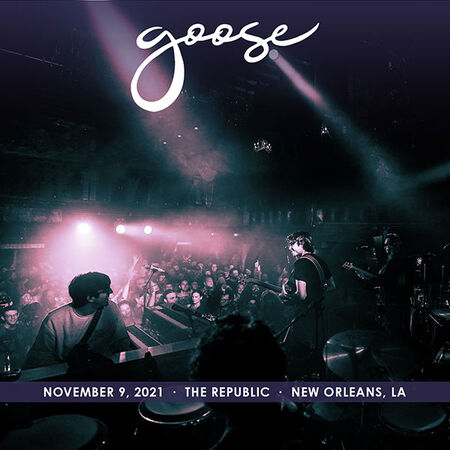 The Way It Is - Bruce Hornsby

Whip It - Devo. Before the song Dini told the crowd to turn around & explained it would be a pain to get on & off the stage because the room was so packed. While turned around Name told the crowd to wave to Goedde and Sam, then the band busted into Whip It.

Jive Lee - When the Saints Go Marching In jam

This was the first time the band played in New Orleans

"Amazing band! Come back to New Orleans! But not the Republic - they sold to many tickets, way oversold. ????"

"These guys are so polished and seen to just get better every night.. love goose Keep rockin.."

"I traveled to New Orleans from Buffalo for gooSe, via the Atl shows. The venue in Nola was packed & not really the place these boys should be playing at this point, with that said, it was an absolute privilege to be there & part of the legacy & intimate setting we were blessed to experience such bliss! And what a cool, unique city!!! "

Spirit of the Dark Horse 384