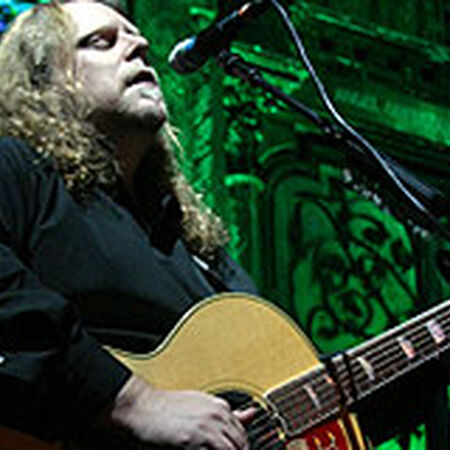 12.27.08 Angel Orensanz Temple Not seen in man moons, the full band acoustic came to pass again, this time in the oldest synagogue in New York, the Angel Orensanz Center, which was named after the famous Basque artist and sculptor who hd his studio there. The evening began with Warren by himself performing Glory Road and Affair On 8th Ave. Danny then came aboard and the two of them delivered a memorable Broken Promised Land. The full band then started in with Get Behind The Mule and a riveting Raven Black Night. I'll Be The One featured a tease of Blue Sky and Afro-Blue was a great lead-in to Bus Stop. The set ended with a first time showing of Nirvana's About A Girl that left the crowd speechless.

Warren and Danny started the second set with a glorious telling of Hallelujah. They were then joined by Matt and Jorgen for The Shape I'm In. The blues came to the temple in the form of I Belive To My Soul and It Hurts Me Too. Matt took the helm with Drums that led into Child Of The Earth and a stunning Sugaree. Thorazine Shuffle rounded out the set, but Warren responded to the cheers and returned to the stage to deliver a solo performance of Forevermore. Again, due to hearty applause, the full Mule came on stage and proffered a first timer, Where Did You Sleep to end the night.