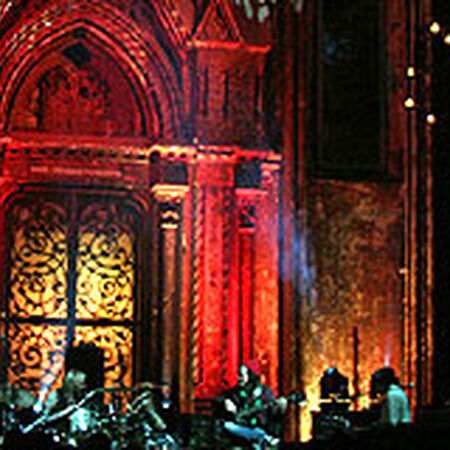 When The Levee Breaks 80

When The Levee Breaks 107

Just as the previous night, Warren opened the show with solo performances, this time Love's Open Door and The Real Thing were the chosen two. Matt then joined in the fun with Warren for In My Life. With Jorgen and Danny now on stage as well, the band launched into Dolphineus with surreptitiously segued into Painted Silver Light. To the cheers of many, Beatifully Broken followed, and was itself followed by Patchwork Quilt. Wild Horses and One made for a stunning duo of cover songs and Long Distance Call featured an ad lib verse sung by Warren that displayed the quick mind and talented voice that he possesses. The 12 string came out for So Weak, So Strong but the band flew away from the set with a dazzling Kind Of Bird.

There is little that need be said about the second set's opener. Just listen. John The Revelator intertwined with When The Levee Breaks. 'Nuff said. Cahenge id Gonna Come followed and Fallen Down->The Other One Jam followed that. Nirvana's All Apologies made it's debut on the Mule stage to the delight of all and Endless Parade led into a sing-a-long during Hide Your Love Away. The set ended in classic Mule form with Soulshine. The night's encore began with Warren by himself telling the history of Hallelujah Blvd, which he then played to many a moistened eye. To end the night, and the "acoustic" run, the whole band ripped out a rendition of Goin' Out West that toes tappin' on the New York sidewalks.