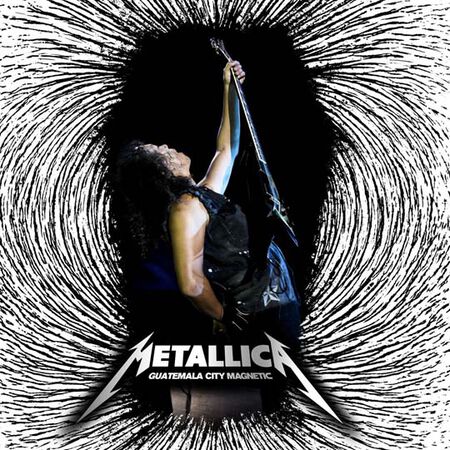 If you were with us in Guatemala City we're pretty certain you noticed that we had some power problems during the start of the show. From the first notes of Creeping Death, the generators completely failed. And for the first two songs of the set while the crew tried to get the generators going again, we continued to play, but only the drums and vocals could be heard. We took a short break after Bellz for the generators to restart and refuel, and the show continued on with the second playing of Bellz.

Since that show, we have been racking our brains on what to do here with the LiveMetallica Audio. One option would be to repair the missing bits, and give you the best sounding show. Another option would be just leaving it as is... for those of you who like to hear the worst of the worst. After weighing both options, and determined that even this audio was too bad for the worst of the worst category, we decided to give you the show from the start of the second Bellz after all the power problems were resolved. The full show price is now $7.95 mp3 and $12.95 FLAC to hopefully somewhat make up for the missing pieces.  This was a unique situation, and needless to say, one we certainly are doing our best to make sure doesn't happen again!

We had a great time in Guatemala City, and we would like to thank the fans for a kick ass show!

For Whom The Bell Tolls 301

That Was Just Your Life 414