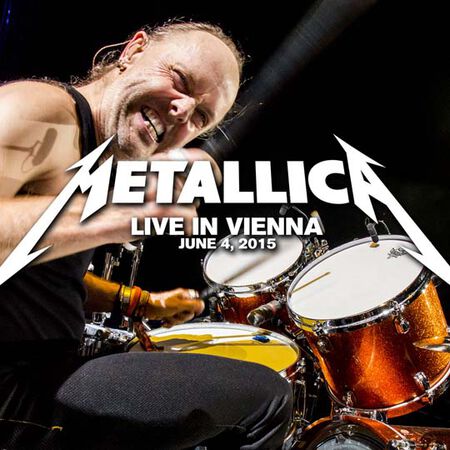 Rock in Vienna at Donauinsel Wien

For the final show of the first leg of our European Summer Vacation, we paid a visit to Vienna, Austria. This was our 13th gig here in Austria since first playing the country on September 11, 1991 during the Monsters of Rock tour with AC/DC and Mötley Crüe. We last played Austria just last year on July 9, 2014 during the Metallica By Request tour. This was our seventh visit to Vienna.

“Fuel” kicked off the show which, if you can believe it, had never been played in Vienna before. “For Whom the Bell Tolls,” as it had at the previous three shows, followed.

We decided to give “Metal Militia” a rest today and decided to break out “No Remorse” instead. It was the first time that we had performed the song in Vienna and also the first performance of it in nearly two years. It was last played live on June 8, 2013 in Detroit, MI at Orion Music + More.

“King Nothing” was performed for the first time in Vienna in nearly 19 years. It was last performed here on September 6, 1996 during the Poor Touring Me tour.

“Sad But True” followed with its sixth performance in Vienna and “The Frayed Ends of Sanity” was played here for the first time.

For the back half of the set, “Damage, Inc.” was rotated back in after two shows off. It had never been performed in Vienna before. “Creeping Death” was played here for the first time since 2007 (no… really!). The remaining setlist staples including “Fade” & “Seek” (6 times) and “One,” “Master,” and “Sandman” (7 times) have enjoyed fairly constant performances here in Vienna over the years.

Setlist at Rock in Vienna at Donauinsel Wien, Vienna, AUT on Jun 4, 2015