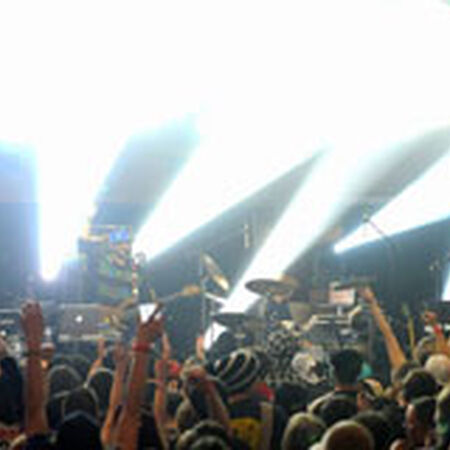 "Listen to this show~! Download it now. Liquid>voices>air>voices! A great stand-alone Helicopters to close the first set! Ripping second set, and not too shabby an encore! Woohoo..! Great times."

"WOW, this was one of those shows that appropriately gets labeled 'Epic!' I hope it translates that way to tape, but I truly can't imagine many people who attended this show would say otherwise... the energy was freakin' great (mostly- except for the occasional spent tweeker pinballing off people or falling to the floor- I like to see smiles and laughter more than vacant stares), and the band and crowd were both way into this show. It was a helluva party! I'm no expert on biscuits shows- only seen 5 others, and only just recently learning the names of the songs I hear- but this one seemed above and beyond. By the end of Hope>Liquid Handcuffs I knew I was witnessing some of my favorite musical moments. I let out a deep breath, gasping 'wow,' took in another deep breath and prepared for the ensuing insanity. Voices Insane was a ton of fun, and Helicopters really had everybody into it, arms raised, dancing, shouting. Even my friend, who usually doesn't dance much (swaying, bobbing head type), was moving around the floor with a huge grin on his face! Second set blew me away, left me completely exhausted in the best of ways. Again, I can't really comment on the technical aspects of Barber's guitar work, or how this Spraypaint compared to the last, but in my eyes THEY WERE ON! Everything was executed phenomenally, and the band and crowd really did feed off the same energy in this small, fantastic room at Crystal Bay. The venue was amazing; I now love Crystal Bay and hope to see many more shows there. And the drinks were half the price of those at the Fillmpre! Tahoe crowd has some good party favors too!"