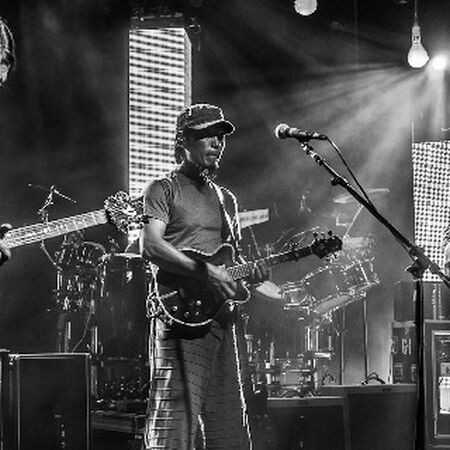 Born On The Wrong Planet 956

"Man it pained me greatly that I couldn't scrounge up the cash to make it from Phoenix. When they last played here in 2006 it was by far the best show of the summer 2006 tour. I downloaded the whole tour and was at Phx, flag, Utah & both nights of red rocks and none of those or the remainder of the tour even came close to the flag show. They loved this place & u could tell. The crowd was so loud and persistent after the 1st encore that they came out again & acknowledged the crazy extra appreciative crowd & did w 2nd unplugged acoustic encore since the crew had already broken down a lot of the gear. It was unreal then and I knew it'd b extra special again this time. What a triumphant return to Flagstaff after a long stay away! This is going to b a special place for cheese shows from now on. Do not miss any future cheese shows here. Trust me"

"Let me first start off about the venue: As Tim said, in some ways it's better than RR, but I have to go further: It's WAY better than RR! Its was so easy to find space and shake it, the energy from the crown (that was in a park-like setting) was incredible. So much love, music and family. I would have MUCH rather seen three nights there over just about anyplace I've been (and that's after 30 years of seeing show!) Bold statement, but true to me. The show: KILLER! DOWNLOAD THIS SHOW! The playing was awesome, SJ worked so well with the boys (although Smile with him didn't really seem to fit his style, but everything else he played with them was outstanding), a setlist that would satisfy most, "List heads" and there were numerous, seamless segues that Cheese does so well when they are on..........and they were ON! Overall, the best show I saw this tour (RR-Flag). Highlights: The jam into Booboo's, as well as the tune itself. DD was WAY better than the one in RR; no whomp, just good old school cheese and coming out of the jam was worth the price, for sure. IMPRESSIONS: WOW! Best one I've seen. These guys really stepped up with a world class (and unbelievably unique) guitar player on stage. I usually like these guys the way I like my pizza: plain cheese. BUT with Stanley Jordan it was magic. It rivals when Kimock joins the boys and if you know what I'm talking about, you'll agree. This show is sure to please the "old schooler" as well as a newbie. Do yourself a favor and ge this one. It's worth every penny to get the flachd. With a show like this, lossless is the only way to go. Peace ya'll!"

"In some ways even a better venue than Red Rocks: grass, pine forest, fantastic crowd. The band obviously enjoyed themselves and local guitarist Stanley Jordan rocks. Both sets were so hot I can't pick out any highlights.."