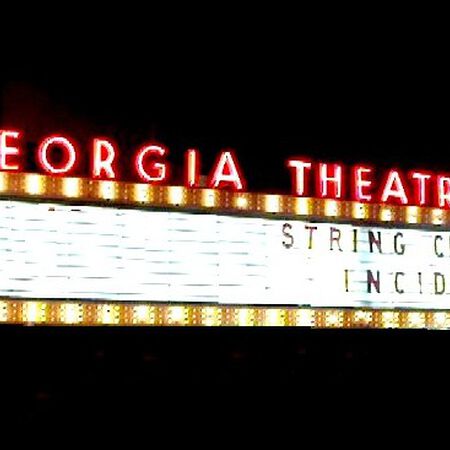 Born On The Wrong Planet 288

We are pleased to announce the release of 5/1/97 from the Georgia Theater in Athens, GA as an ON THE ROAD archive download to benefit the Zeke Barry Fund. This show was recorded by Zeke's dad, Dylan Barry, who recently died in a car accident with his wife Melissa, both long time SCI fans whose loss we mourn. We hope this release will help express the SCI community's love and loss, while contributing financially to Zeke's future.

This show does not circulate among collectors of SCI recordings.

ALL PROCEEDS FROM SALE OF THIS DOWNLOAD WILL GO TO THE ZEKE BARRY FUND!

"classic old school incident! they`ve always played Athens with a lot of energy and passion duiring their early years. the show is short but certainly sweet, very old school jamming with Nershi leading the pack. classic Black Clouds > Rhum N Zouc > Black Clouds is a perfect version of this segue. Howlin` At The Moon > Dylan and Mellisa Jam > Salt Jam is very beautiful, like said before this alone is worth the price. billy tells a story about the song BOTWP and my favorite encore Southbound, a really fun well-played cover. i burnt Derek Trucks this show and he loves it, esp the style of Southbound rendered by SCI."

"yea this show rocks. Howlin>Dylan & melissa jam>salt creek alone is worth the price of the show. good texas too. "

"Wow! This is Shanan from Birmingham, AL. Incredible show. I was there. Thank you for EVERYTHING. "