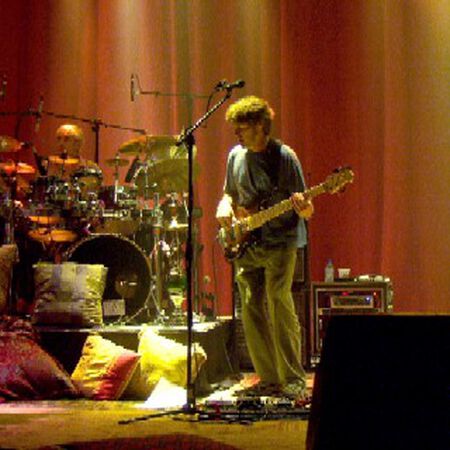 Born On The Wrong Planet 905

"to "morecheeseplease" great story but those who really get cheese would have invited a friend. "

"It`s coming up on the 1 year anniversary of 1 of the craziest nights in my life. I`ve told this story to quiete a few people, and everyone loves it(although some think I`m a bit strange for it), so I figured I`d share it. At the time of this show, I was living in Manhattan. During the summer, most people head to the beaches on the weekend to escape the New York City heat and those funky smells emanating from alleys. It was Friday, and as I looked at the beach weather report for the weekend, it called for rain. It was time for Plan B...It was time to see if I could pull off seeing Cheese in Vegas on Saturday, and still make it to work in Manhattan on Monday morning. The first order of business was getting a flight to Vegas. $300 was my price limit. I knew things were going my way when the plane ticket price came in at $292. I would fly out of Manhattan around noon on Saturday (day of show), going through Los Angeles, then taking a connecting flight to Vegas and arrive at 5 PM. Plenty of time to catch the 8 PM show! I would leave Vegas on Sunday morning, and arrive back in NYC by midnight Sunday night. This is where it gets interesting. I had NO hotel room (who needs it.. this is vegas!) I had NO luggage to check and I had no back pack (travel light). I had no change of clothes (I guess I have a bit of hippie in me!) I didnt even have a toothbrush (Being industrious, I used gum, water, and my finger!). All I had were the clothes on my back, and a few "supplements" for the show. And what a show! The first set was solid, tasty cheese, opening with an intense Sirens, and ending with a smoking shine, with a Rhythm of the Road in there for good measure. Then SCI opened the 2nd set with "Las Vegas" The Joint (the name of the venue, and what a name!) went insane! The rest of the second set was just trippy, musical heaven. The energy of the band, complemented by the energy of the crowd, was pure synergy! After catching Zilla, it was time to head back to the airport after my 16 hour adventure in Vegas. As I mentioned at the top, I`ve told this story to quite a few people. I know this is simplistic, but I`ve broken the world down to 2 groups. Those who get Cheese love this story, and those who don`t think I`m crazy. I feel bad for those who dont! Seeing Cheese is living large!"

"This show rocked from the very begginning, Sirens "sweet" distortion Tight. missing me very inspirational lead (thank you) Search was tight with a nice strong feel as for 7th step and rhythm of the road great impov and leads set 2 opener Las vegas was very cool (awesone Guitar and distortion)with bill rapping and throwing his hands around like the beastie boys or something (very funny) every song was played strongly and just about flawless with great new jams between most of the songs like born on the wrong planet I do also remember thinking that the round the wheel was probably the best 1 I have ever heard as goes for most of the regular line up songs played at theese 2 shows and LA Wiltern an A+ for all of them. Thank you and see you at the shows."

"iI THOUGHT THE SHOW WAS AMAZING,MY FRIENDS AND I WERE BLOWN AWAY, AGAIN. I TURNED TWO NEW FRIENDS ON FOR THERE FIRST SHOW AND THEY ARE READY TO GO AGAIN THATS ALL THEY`VE TALKED ABOUT.GREAT JOB!"

"The Show was amazing, the venue very kind, we give this show 4 thumbs up. The Rhythm of the road through shine was off the hook!! "