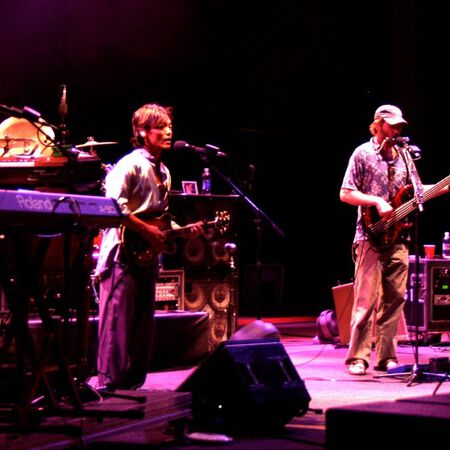 "Hey this was the show that started the begining of the end for me. Ever since this show i have been completed infatuated with the whole concept of their scene and their music. Any way this whole waterloo incident was the result of the stepchild of Bonnaroo(Bonnaroo North East), which was canceled and left six bands stuck on the east coast with noware to play, so they found this relic of a concert field in the back woods of NJ. Torrential down pours like i have never seen let alone stand in for hours on end. Anyway to the music this show was exactlly what i expected it to be, Just completely rediculus. (Miss Browns was really 16 min, life durin wartime was like 5, and occupational was 4)"