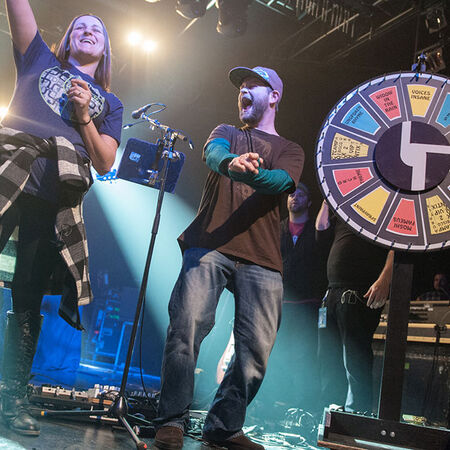 "New Year's Run 2015: Day Three. It's the "Spin the Wheel" show, where the band jam continuously (more or less) while selected audience members and friends get to spin to see which song comes up next. Not your standard Bisco show, but that's one of the reason I had a good time listening to this. The wheel was made up of half Biscuits classics and half obscure tunes from their history, and that's about the way things went down. On the obscure front are nice versions of "Moshi Fameus" and "Sweating Bullets". Overall though more a show for the hardcore listener - and the folks who were their. "