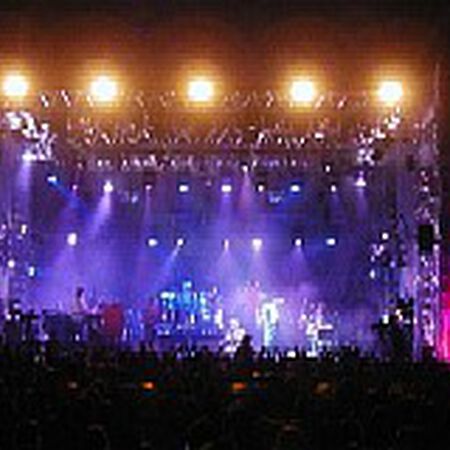 "Hands down my favorite set of the 2004 Blues and Roots Music Festival, in none other than beautiful Byron Bay, Australia. A ripping `On the Road` opener paved the way for what turned out to be a blockbuster set, where The Cheese showcased many of their trademark tunes. The Mojo Tent was refreshingly roomy for Monday`s incident, a big relief from the previous night, and the boys threw down hard for the occasion. A sick `On the Road` opener really created an uplifting, bouncy, high-energy mood to the show, and right from the get go the band appeared to be having a really fun time. `Restless Wind` always reminds me of why I started to get in to The Stringcheese Incident. Their ability to blend various styles of music in to the same composition and their euphoric jamming is what has always turned me on to their music. `Restless Wind` was well played and Kang nailed all of his solos to perfection. When the bass line of `Joyful Sound` started to kick in, I knew we were in for yet another treat. Definitely a cheezy tune, but nonetheless one I hold true to my heart as it always seems to evoke positive energy in me. To my recollection it was flawless, and Keith`s vocals were bang on. `MLT` I hadn`t heard since Spring Cheese 2002 so I was stoked; I just love the intensity and fruitfulness of the jamming in this piece. `Close Your Eyes` was not very polished, but the energy remained in tact throughout, which set the stage nicely for a great cover of Steve Miller Band`s `The Joker`. Funny variations on the chorus made for a good laugh and Billy was super in to it; dancing, jumping, strumming, stumbling, and running all over the place. The lights during `It is What It Is` were exceptional; as if they were dancing in unicen with the music. Definitely a tight version and it raised the intensity of the show to a new level. I think `Rivertrance` should be played at every incident; I was blown away. Xavier Rudd, ninja on the didg, jammed with the boys during a good part of `San Jose`. The didg adds an exotic mix to the instrumentation, and the Mojo Tent was erupting at this point; Xavier is like a Beatle in Australia. Simply put, great set closer to a great set. Certainly one of my favorite sets of music I`ve witnessed. Lots` of love and positive vibrations from the great white north... Gregi "