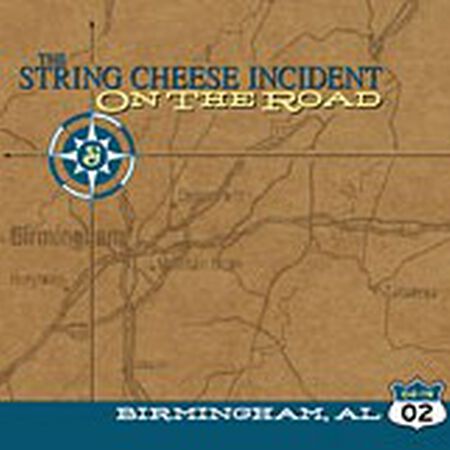 "not sure if I want to fork out the money to buy SCI shows when past shows I have gotten were tagged so horribly I had to go back through and re-tag every single song. SCI fix this issue and I will happily buy your concerts."

"This was my very first incident. It happened in my home state, just an hour from my home. I went in with low expectations. My only SCI experiences had been the music I enjoyed when I randomly popped in Carnival '99. I had never heard anyone's first hand experiences either. Needless to say, I was a blank canvas ready to be painted. First off, let me say that this show is probably the most solid (start to finish) that I've heard SCI play in all my 25 shows. (Nashville 11/28/2011 was my latest). The Miss Brown's opener threw me for a total loop. They go into a fairly dark section right off the bat. This is the song that kicked off my love for the String Cheese Incident. Flawless transition into "Can't Stop Now". The diversity of this band had hit me in the first two songs. As hard as it is not to do....I will not do a song for song review of this show. (Although I could, given that it is most definitely the SCI show that I listen back to the most. By far.) Like another reviewer said earlier, the highlight of this show for me and many other is the Rivertrance>Pretty Polly>Rivertrance. The tempo of Rivertrance and the relentless playing by ALL members makes this one stand out. Pretty Polly is a dark Americana song to begin with, but Billy brought out the depth of these lyrics. The jam that follows before the kick back into Rivertrance is exactly the moment I knew I was going to be hooked on this band. They did something I had never up to that point and rarely do now, seen a band do. They had the whole audience in the palm of their hands. This peak built so perfectly and then receded, like a wave crashing on the shore and flowing back into the ocean. The whole crowd was silent while a musical breeze flowed through the auditorium. It's hard to describe. I truly get chills just thinking about it. It is very much worth checking out. So many highlights from this show. Suntan is amazing. Sweet Melinda is great. Howard flipped my wig. Close Your Eyes was powerful. The Rider encore showed this bands diversity in one, well played, cover song. A rare feat... If you've read this far then you have to buy this show. (I wish the wonderful Live Cheese crew would/could put it up for MP3 download ;) Either way, this is a must-have incident. Every member is firing on all cylinders. Travis totally blew my mind. I could have sworn that he had 4 arms to do the type of drumming he was accomplishing. Kang was on point. What a night. Let this be a little-known gem to call your own. I know I sure do. Thanks for reading. Now buy the show! -Van"

"Of 34 SCI shows, this still stands up as my #1 personal favorite. The entire show is wonderful, but the second set is especially nice. African Skies, Long Gone, and an unforgettable Rivertrance>Pretty Polly>Rivertrance that is the highlight of the show for me. nice Rider encore. next two nights @ the fox were smokin` as well."

"Nothin` like cheese in the deep south. I was not at this show, but I purchased it because the setlist looked good and this was a grea choice. The way back home and howard are awsome! I love it with the cheese play I know you rider. There is a great version of Rider from whistler in 2000"