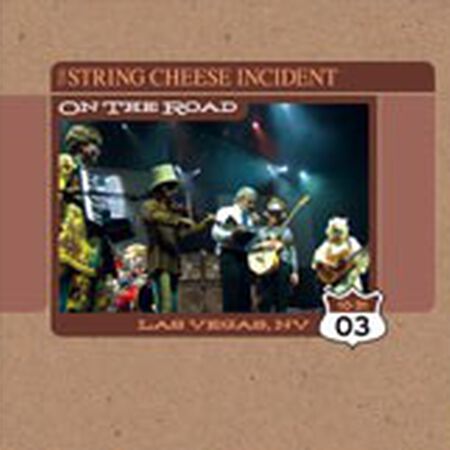 "Out of many many incidents that i have witnessed, this is one my favorites. The energy was off the charts. Vegas Cheese is just on another level."

"Um, why are there not more reviews for this show? Tickets were not to be had on lot, if you did not have one, your were SOL. It was cold for vegas in the 50`s and windy as hell. First set was classic, Miss Brown`s, Mouna, White Freightliner, and a smokin` Come as you are, and the set ended with a nice La freak...... The second set began with Keller on the drum singing an Ani song, I knew that we were in for something special at that point. Then the band came out and all freakiness broke lose, they went through the architype of freaks, and during the songs of the second set, video screens were behind the band showing the different types of freaks, I can`t even begin to explain this correctly, at one point during hot in herre, there were two couples up on stage gettin` down, It was off the hook, I know the band recorded the show, hopefully one day, we`ll get a dvd and you can all see what you missed. The 3rd set was smoking, Rivertrance, Dark Hollow, Dirk, Desert Dawn, Shantytown..... and for the encore take the money and run, during which cheese money fell from the ceilig with the bands picture on the front. truely an amazing show and not talked about enough or given the credit the night deserves. One of my top 3 favorite shows of all time, by any band period. Ranks up there with one of the Dead`s finest perfomances of 94, where they slipped into an Help->Slip->Franklin`s->Estimated->Terrapin. This show on 10/31/03 was that good. Get it now......"

"A great show. High energy and lots of classics. Once again, cheese has given us an amazing haloween concert. You got to love these guys. Freaker is great, and second set is right on point. This show is a must!!!"