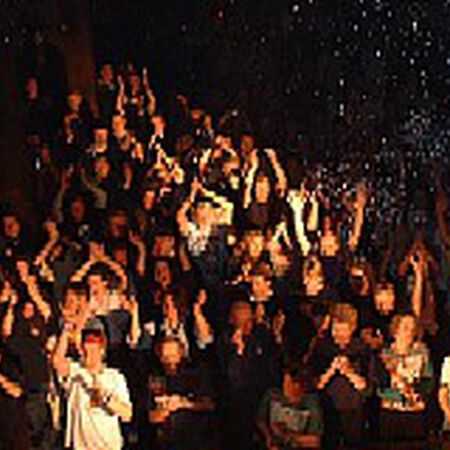 Born On The Wrong Planet 867

"This was my first SCI concert. I heard SCI the first time 3 years ago on jambands radio. After that I tried to find the records but they were hard to find in Gemany. So I was lucky to see them play only 100 Km from my hometown Bremen an in the Fabrik where I myself was on stage 7 years ago with my band double-o-soul. The Audience seemed a little bit strange at the first glimpse. Deadheads, old hippies, young hippies (Ididn´t know they still exist) some jamband nerds and some people wide over 50 and even some Teenagers that did not look like jamband listener at all. The Band needed two songs to find together but then the wonder started. The Music became better and better. Nice songs, good improvisations, Fu tunes like Ring of Fire and then the energy began to flow between audience and the Band. The crowd became louder and I´ve never seen so many happy faces on a concert with good improvised music like this. The "Cheeseheads" that travel with the Band were freeking out (Dave you really must be a fan). So what from Miles, Wake up with good vocals and a fantastic Version of Round the Wheel. There was no way not to dance. The man on his five string played like hell (How can you find this sound with the 6th string missing?), the Drummer and Bassplayer fell deeper and deeper into the goove and the acoustic guitar seems to have a lot of fun. What a Band! As the young american 20 year old (pregnant?) woman blew Bubles from the Balcony, there was no limit anymore. The music was so good, it made everybody happy and i noticed some tears in my eyes because I was so impressed about what the guys were doing. This show was incredible and I wonder if there can be a better show on the tour. Thank god that one can still find Bands like the Cheese. Thank you guys for this night in Hamburg. I hope you will come back to Germany once in a while. Kai "