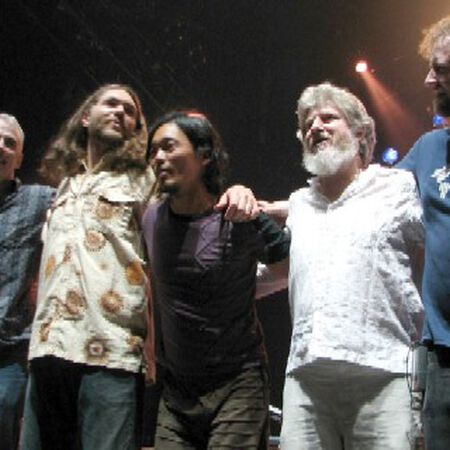 Good Times Around The Bend 284

The Mighty Quinn (Quinn the Eskimo) 393

"I know that people tend to say that shows they went to are way better than they are, but this show was nuts. The energy in the Fox was the highest of any show I have ever been to, the boys were playing like the old days, and the sets were stacked. There wasn`t a slow point to the weekend except for parts of the first set the first night. Outside and Inside was by far the best I`ve ever heard although it started a bit off, Quinn was sick, Bummpin` Real, Shine, and SMILE were epic, and Kang was out of his mind during Little Hands. So I have to say this is one of the best shows I`ve ever heard and the sound quality is great. I suggest buying both nights. Thanks for a great weekend and a great run over the years. See ya at Bonnaroo."

"the second set of this night is very good. i`m one of the few, or maybe the only one, that really doesn`t like howard that much. this one is really good though. bumpin reel, don`t say, and the jam out of galactic back into shine are really good as well. however, i would recommend downloading the first night instead of this one. with the exception of little hands, the first set of this show is really not that good at all. i`m not sure what happened with outside inside, but it was played horribly. same thing with quinn the eskimo. the acoustic stuff is pretty good, but not nearly as good as past acoustic sets. just some of my thoughts, some people may have thought the whole show was great. i am glad that smile was probably the last song i`ll see them play. "

"I cried durng the Bumpin` Reel, you can just feel the emotion pouring from Kang`s weeping fiddle..."