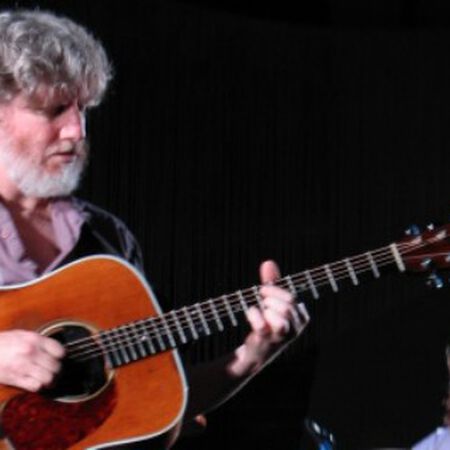 "The Field of Heaven stage is where this show took place. The boys had a three and half hour set, the longest of ANY band playing the festival this year. As for the "venue", probably one of the coolest places you could see a show. From the campground the Field of Heaven is probably a little more than a two mile walk each way, past four other stages, through the woods, over the stream to the other side. I had heard that a famous Japanese movie director was in charge of the visual decorations around this particular field and man did he know what to do. There were disco balls all over the place, five on the stage, one above the sound board, one above each of the three entrances, two in one corner and two in the woods just before you got to the field by way of the boardwalk, which was a wood path that led through the woods. There were two sail type white sheets hung to display laser art as the music raged. There was an area where there was maybe 100+ candles all lit up, on the way to the portapotties they was aprojection set up to show a mans face using the trees as a back ground, REALLY COOL, as the footage that was used had the man moving and even at times speaking, REALLY COOL. That day showed us the rain that we had been expecting the whole time, at times it was heavy but then it would reduce itself to a sprinkle. It rained like that ALL DAY LONG, until about 30 minutes before the first set, then slowly as the music went on the clouds moved and we could see stars! The show was GREAT!!!! Great song selection great jams, GREAT VIBE. The Chili Peppers had the same time slot as the Cheese so you know that those that were there were Fired Up. I am not so good at reviewing the music as I am at painting the scene. So order the discs, get the downloads DO IT DO IT!!!!! You will LOVE what you hear. Thanks to all the guys for getting this one out to us!!!"

"The band proves again that Japan pumps them up to levels of extreme quality playing. I was there and as soon as they began to play the non-stop rain that day ceased and I even saw stars in a clear sky above. That`s not all I saw but seriously folks, Good jams always improve what ever environment you may find yourself in."