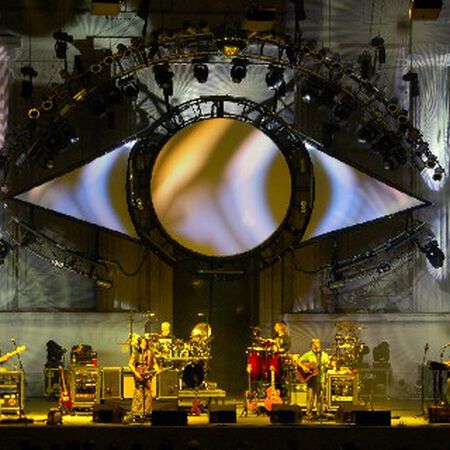 "What an incredible show! One of the best nights of music I've had the pleasure to witness. Disco Biscuits and STS9 were BOTH on in my ears and had me moving! I listen to those sets (auds from LMA) frequently and really enjoy them, and my friend and I were outrageously STOKED they were the openers for this! SCI threw down this day. I have so many of their shows, old and new, shows I've seen and shows I haven't, and I LOVE listening to this one over and over again. It really was fun and still sounds great nearly two years after the incident... There is an AUD source out there, I think it's Matt Varady's MBHO source, although the Harpin's Milab is great too, that sounds better than the rest, and I have to admit, even better than this SBD, as the vocals come through a little loud on this sbd, and you lose some of the magic of the energy apparent in the aud. Seriously, the energy in the crowd throughout the venue was amazing! Was anybody not dancing?! This show is the weekend highlight for me, blowing away the Sunday show, which in itself was also a hot show worth the download whether you were there or not. Saturday was more trancy (in theme with Bisco and STS9), and had a great light show, as it was later in the day. Sunday was an earlier show without the lights, and with a more bluegrass feel, befitting the openers HBR and RRE. WOW, for the whole weekend!"

"This was my first SCI show, and wow was my mind blown. Disco Biscuits were bleh and STS9 only really brought it with the last song (can`t for the life of me remember it, blame the dose) but I do remember lots of people getting down on the cement stairs/seating. The crowd this night seemed to me like one big happy dancing giant. Every song they played seemed like music from the Gods. From Mauna Bowa to Rain and I Wish, too many songs to point out but all of you who were there know. And the venue, jesus christ it was so beautiful and it was such a beautiful day, watching the sun go down behind the greek and the clocktower lighting up at night was just perfect. I`ll admit I never listened to SCI before seeing them, but I think that was the way it was supposed to happen. This day was so perfect no day can match. As I told many people I met that day "I went to Disneyland on the dose last weekend and this is the happiest place on earth". I only wish I could have gone up to the microphone and said Thank You to everyone who was there because you all attributed to the greatest day of my life. Sorry for the long comment."

"I have been to a lot of infamous cheese shows, but first night of berkeley was amazing!! Desert Dawn.. holy shit, I about died! The un-used spotlight stage in the back of the venue was by far the best seats in the house! Standing above a blanket of wonderful people with an unforgettable view of the stage and the San Francisco skyline lit up in the back was truly the best feeling in the world! Also, one of the highlights of my night was receiving FREE Hornings tickets for both days and a caravan to get up there (which were also fantastic shows). I wish I could go to the Classic.. I`m Missouri born and bred, but missing the show! What the fuck?! Can`t wait for Red Rocks! "

"STS9 wasn`t quite on their game but biscuits rocked it in the small time period they were given... and Cheese.... say what u want... this venue that night.... everything was money... great time!!!!!"

"Awsome show, very solid and I loved the energy. Something worth mentioning is the one line of Black Market that was teased in the Flying West Jam. It`s way slower than they usually play it but definately recognizable. I love cheese and I am even tearing up listen to it on my computer. I will miss you guys. "