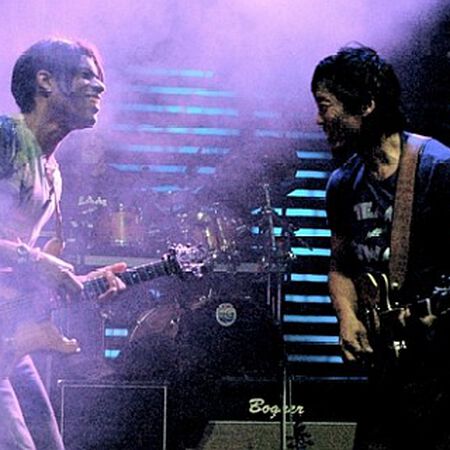 This Must Be The Place (Naive Melody) 496

"This was Kang's night. This might be Kang's band. People are always giving him flack for not playing outside of SCI. He doesn't have to if this is his band. It seems to me like they showcase Billy for a few songs, and then follow Kang's lead the rest of the way.........even if Kyle is writing all of their new songs. Great show in an amazing setting. The music was bouncing off of the trees all weekend. "

"I saw 11 shows this summer, and when I saw this show, I felt that it was the best of the ones I'd seen. Sunday's show might even be better... it's a toss up between Sunday Hornings and this one. I don't know WHAT show that other dude was seeing, but he's just plain crazy... Get this one!"

""THE WORST SHOW I'VE EVER SEEN THEM PLAY. I've seen cheese almost 40 times, followed them coast to coast since 2004, and this is the single worst incident I've attended. First off, Kang ate some drugs he couldn't handle...in the middle of the show he goes sprinting off the stage and disappears for about 4-5 mins. He either yakked or had diarrhea from the drugs he clearly ate too many of. When he gets back, he looks like hell and can't play any instruments. Kang completely blew the intro to one song he's supposed to lead, and basically left them a man down for several songs. Second, Stanley Jordan is a stage-hogging virtuoso who only knows one style of music, his own. He did not belong up there sitting in for several songs with Cheese, although I believe they kept him there because Kang was tripping too hard to play. The disappointment apparent in Kyle and Keith's faces and voices when they said "goodnight" to us nearly broke my heart, they all knew it was a terrible show and couldn't hide it. Luckily the rest of the weekend was better, but this was a TERRIBLE WAY to start Horning's Hideout." Umm...somebody was on drugs Friday night, that's for sure. That was one of the best shows I've ever seen SCI play. I think you might be doing it wrong."