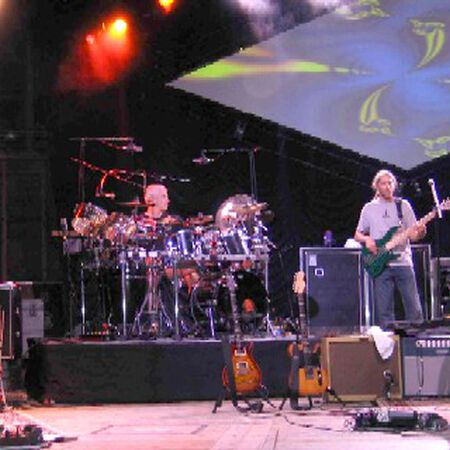 Everybody Knows This Is Nowhere 264

This Must Be The Place (Naive Melody) 367

"What a great show. After following the boys from Chicago all the way through to this show I thought they sounded a little tired (especially after the two monster blowout shows in Asheville) but I was way wrong. First of all, the volume was down a little because they were outside and Cary, NC has a noise ordinance that limits shows to 92dB at the soundboard. That said, I soon figured out that the Cheese were really playing well tonight and you could HEAR the music. Nice, crisp solos, transition jams were focused, check out Yo Se - a gem!!! Big Compromise was excellent - would love to hear that one more. Boo-Boo into ROTR was kick ass and IIWII was a great closing jam. LRB was a perfect encore to end a great two week run. For those who complained that the show was too short, the Cheese played their butt`s off and earned a little rest tonight in Cary. All I can say is you should have been at the other Fall shows!!!"

"Awesome outdoor venue with a little lake right next to it. Surrounded by trees, you really thought you were someplace else. 8 DOLLAR TALL BOYS OF BUD LIGHT??? Not digging on that, thank god for beer in the car. The sound was way too low, you could literally stand right up front and talk on your cell phone with no problems, but all in all, a good show, albeit very short. We had a good run for 13 days, thanks Cheese! See you for Vegoose."

"got to love the cheeese. show was a little short, nothing too special happened, but make the most of what you get right. my buds and me brought those beach balls that ended up on stage. i went up to the dude durin the show and asked him to chuck em back and got nothing, but hollingsworth got up and kicked em soon after that. that was tight. had an interesting 24 hours all in all...keep it real cheesers"

"Great band, great concert, but too short for me...2 hours."