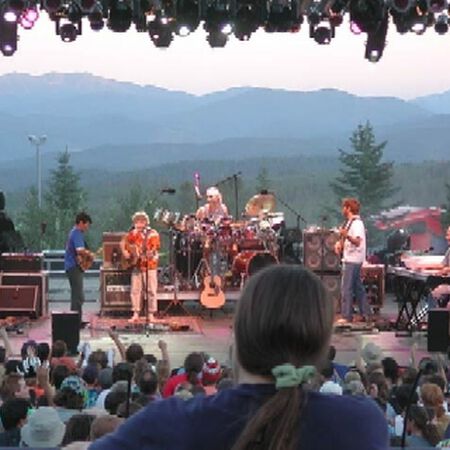 "You know, I reckon this even beats the Atlanta 2000 show. Just fantastic throughout, lots of paks and valleys that transform even the most mundane of songs into spectacular fire breathing dragons (just check out the "Missing Me" for example). Beautiful version of Windy Mountain, and of course the hilarious Jellyfish. It's got it all, a great document of a band just about peaking, I'd say if you've never heard it, grab it immediately. "

"I've never had the privlege to see the cheese live unfortunately but have a ton of shows downloaded, is it me or do they just sadly not play like this anymore? This is the Cheese I like to listen to, i honestly don't like listening to mostly any of the 2006-2007 shows. but for real do they just not play like this or is it me?"

""Beatrice! I`m talkinn` about beatrice, in the parkin` lot.. I`ve got beatrice, so I`ve got alot!" This is the single best AND funniest Jellyfish I saw or heard... They get so worked up, they actually start the jam in the middle of the story, then Billy finishes the story ("Where was I? We`re not in the Parking lot anymore.. Oh yeah-) I laugh my ass off Evry time I listen to this MOST CLASSIC Norcal show- For my money (over 100+ Cheese shows) This was the 2nd best of 2001, after 3rd night of the Warfield w/ Bobby W.... If you don`t buy this, you ate the brown acid!(yet another billy joke..)"

"Just bought this CD and it is amazing. Sound quality is superb and the Boys sound fresh and happy to be playing. Unlike New Years 2006. What a Bummer. I cant even believe they released those shows. poor. If you want SCI as they were and wont ever be again purchase Mt Shasta. LOVE IT LOVE IT"