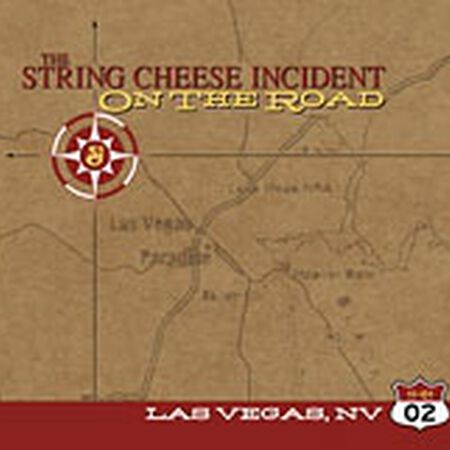 This Must Be The Place (Naive Melody) 479

"This show is excellent. Halloween was a bit of a disappointment, but we were in Vegas for two nights to close the tour. That is a recipe for a rocking weekend! The boys weren`t screwing around as they came out of the blocks hard with Best Feeling>Mountain Jam (!)>Smile. They wished JonO a Happy Birthday and treated him to SOTOTW. The rest of the set was pretty good, especially the GWHW. During setbreak I proposed to Mollie, so I would have to consider the next 90 minutes of SCI to be some of the best ever. (It wasn`t but it was still great!). How Sweet It Is was totally unexpected, but hugely appreciated by the newly engaged in the audience. Restless Wind followed and reminded us of our good friend Spritle, who had passed away two years earlier. Amazingly, they followed that with TMBTP which ultimately was the song we had our first dance to. Pretty good version followed by a nice jam that lead into MLT. MLT is not a song that I generally get excited about, but this is BY FAR the best version I have ever heard without guests. Four minutes into the song and the band entered technoHeaven that is still nothing short of miraculous to my ears three years later. Seriously, this MLT is otherworldly! The Water>Rivertrance is short and sweet but it really made the Can`t Stop Now seem anticlimatic. When the band returned for the encore, Billy wished Mollie and I "lots of love and happiness" on our engagement (along with Bo and Laura) and then, unfathomably, sent us off with Boogie On, a song I had always associated with Mollie as she had dreads and certainly knows how to boogie. I am biased, but I still love this show!"