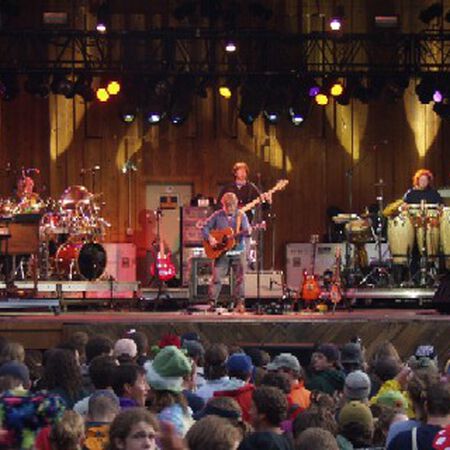 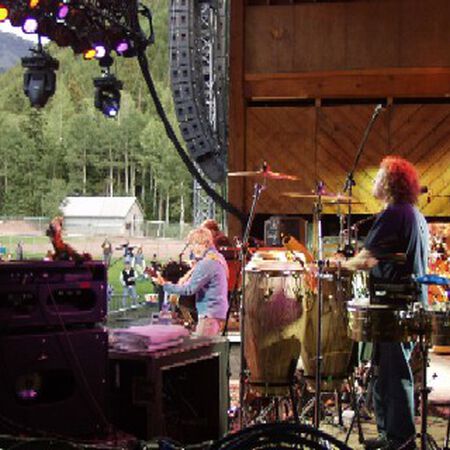 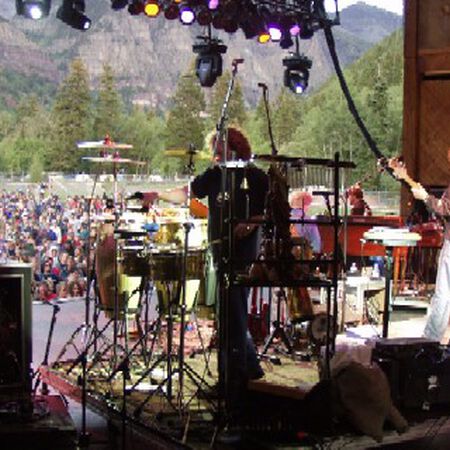 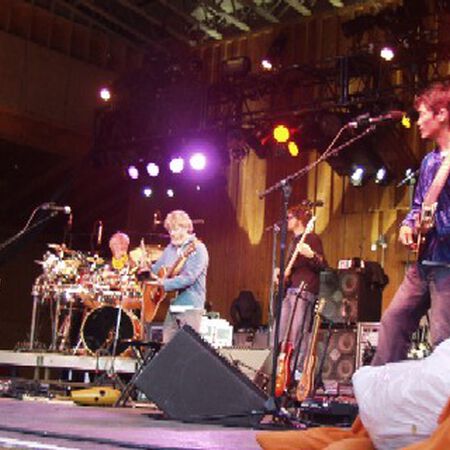 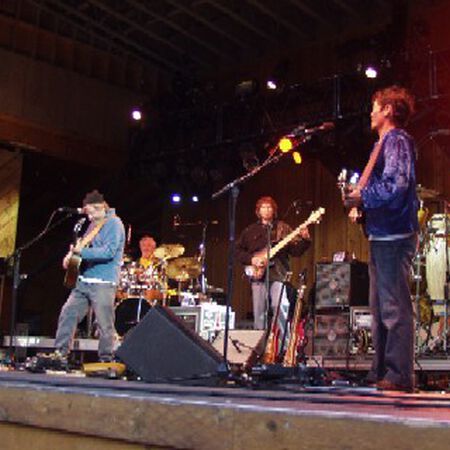 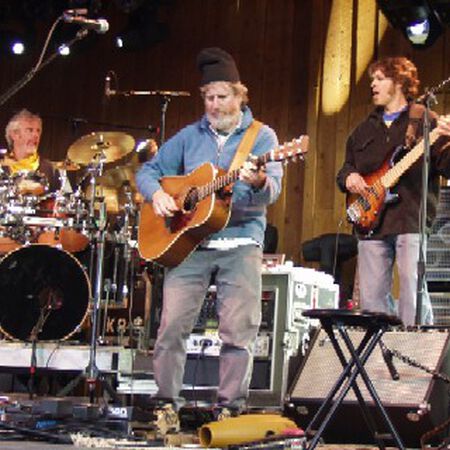 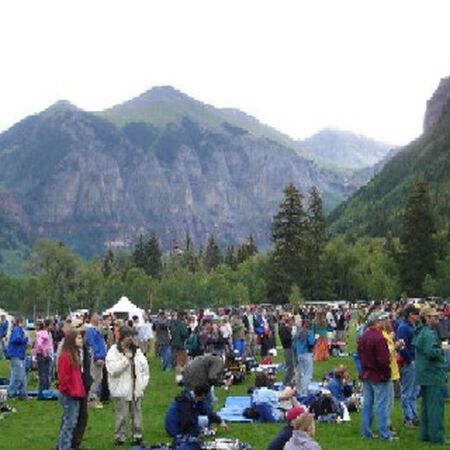 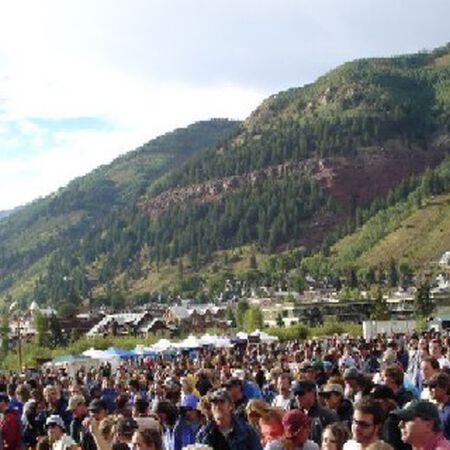 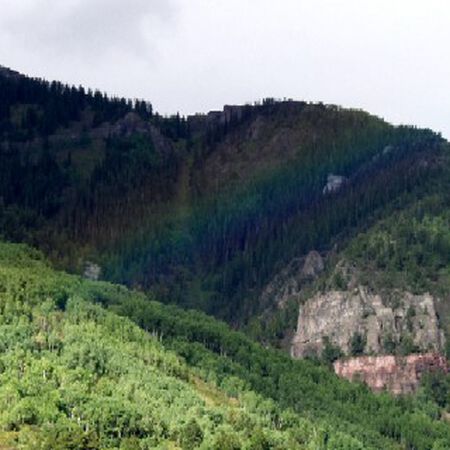 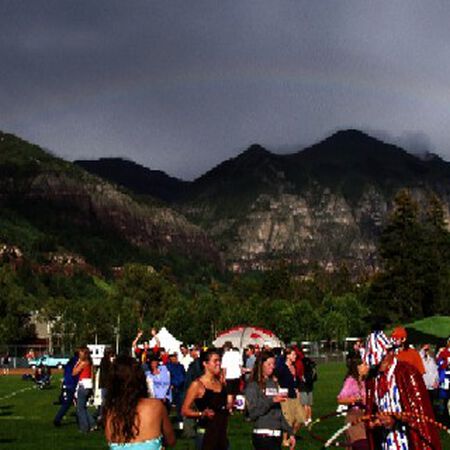 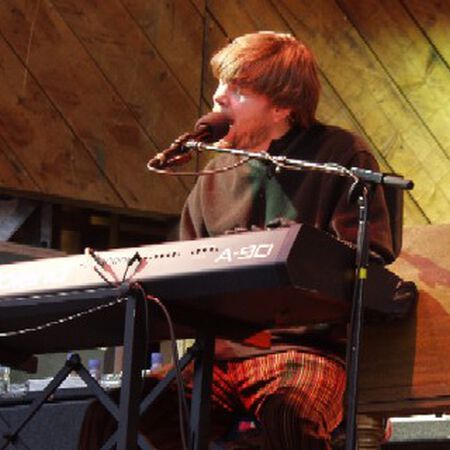 "Hey Kidz Tree here, Great Music and Beautiful Timez with all of you. What more can the Tree say...Glad to have met you`all and be back on the road with SCI again. I called for "Look At Where We Are" and got it. Thanks for such a Sick Howard! OMG!!! Just when the show ended Sat night the rain came down and flooded the camp. For all of you new Kidz...Welcome to the Boat!!! "

"It was probably the best time of my life. Telluride was amazing in every way, and the fact that the Cheese was there during the mushroom festival was a bonus. I met many awesome people and it was an incredible time. Keller playing Freaker with the band was one of my favorite moments."

"When the barefoot boys hit the plywood, it was with a stage layout first seen at Sunshine Daydream, Kyle and Travis to the left, Jason Hann and Kang to the right, and Billy center, Keith in the I-formation. Keith invoked the first appearance of the Cheese on the Telluride Bluegrass Stage in 1994 before they ripped into a peppy Dudley’s Kitchen. Billy and Kang traded off crisp newgrassy riffs, chasing the remnants of the rain into the teeth of a scorching Desert Dawn. Kang’s voice was in good form, as he evoked the celebratory images of the Southwest and Kyle took us on a rollicking B-3 rappel on the B-3 before handing it back to Kang to a rousing finish. Kyle gave us the honky tonk blues with a measured Got What He Wanted. No hurry here, as Kyle the piano man passed it off to Billy and Kyle the organ king flung the jam on to Kang for some mandofunk, before he took it back to pose once again the unanswerable intergender query. Lazy waves washed up into my consciousness with a Yo Se that livelied up itself in a playful exchange between Travis and Jason, punctuated by tasteful pianowork and acoustic guitar, before Kang entered wielding a whirling scimitar of Carlosity. Keith put the lime in the coconut as he suggested we Look at Where We Are. Just when things couldn’t get any more Caribbean, the boys made a stop one time at Miss Brown’s Teahouse, just down the strand from Alfred’s Ocean Palace, where Kyle favored us with a fine exhibition of seventiesesque synthwork. Just as the final handwaggling tremors of Miss Browns began to subside, the Cheese pulled us back into the Rockies with a classic Round the Wheel. As we were acutely aware, our Captain Morgan Saturday night could well change to a Sunday morning of Waiting for the Snow to Fall. The satisfying technofunk interlude began with Kyle spreading a thick sprinkly paste of synth, and ended with a spirited percussion exchange between Travis and Jason, Kang soaring overhead with the signature riff that heralds the final choruses. The boys came back from a really short intermission, with a Shantytown that headed back to Ethiopia on the wings of Michael Franti. The Love Supreme Jam that ensued when Franti was invite back to the stage was one of the greatest Cheese guestspots that I’ve ever seen, skanking in and out of reggae grottoes that got more and more charged with energy. The crowd went mindblown when the Frantijam went Exodus. You’ve got to hear this one. The Love Supreme outlived the final notes of Shantytown, the surfwindblown town sign splintered and reconstructed to shout its new name, Frantitown. What could follow a moment like that but a Best Feeling? Infused with all of the energy carried forward from Shantytown, Kang led the boys forward in a funky dance groove and a rub-a-dub eddy before a Kyle cool jazz piano, a repeated Led Zep II Heartbreaker hook and into the best ever vocal String Cheese song, Black Clouds. You can almost see the blackeyed squaredancers twirling off through the lightnin’ struck trees before they’re blown dandelion seeds to a soft and stately Montgomery only to be gathered back to the rapture of bluegrass breakup. Kyle’s rabbithole exploration 45th of November followed, beautiful and yearning for meaning, before heading for a stiff length of unbroken chain, and restating its village idiot calendar call. First played with a wry twist, Billy found us an interesting lyrical tangle where I couldn’t tell my Outside from my Inside at any given point. But they wisely just let the music play and finished strong instrumentally. Of especial note was the twin guitar leads shared between Billy and Kang in what sounded to be an honore to their recent stage partners, the Allman Brothers. The waning tubescreaming of Outside Inside inevitably gave way to the brooding bassline of Sirens. The happy breath of the harmonica overcame the Frankenstein steps of the Sirens, as we were given one more day to express our love for all things down under. But whence the fiddle, friend of bluegrasser and jazzman alike, harbinger of country music and all things that can be caused to vibrate to the pleasure of humankind? Where are locked away the miniature digits painted so long ago on the ancient sandstone walls, in anticipation of the invention one day of the four or five stringed vessel. Finally, after a long day and night, for the first time that night, we are treated to the dually-sung Little Hands, Kyle on the accordian, and Kang, at long last, taking up the fiddle and the bow. The Cheese returned to the stage to the wild acclamation of the crowd, about 5,000 strong. The Cheese encored with a strong and cohesive Howard, which again set the pigs on the wing, and sent the happy FOCs exiting Town Park after yet another epic String Cheese Incident in Telluride."

"totally awesome experience. The band was great, the town was wonderful, the people were so chill. what a magical place, mountains, rivers, and oh those rainbows on sun night. wow. thank you telludire, thank you string cheese. we gotta do it again next year"

"oh, and i forgot... KEEP JASON IN THE BAND! the man kicks ass and it adds a whole `nother dimention to the jams." 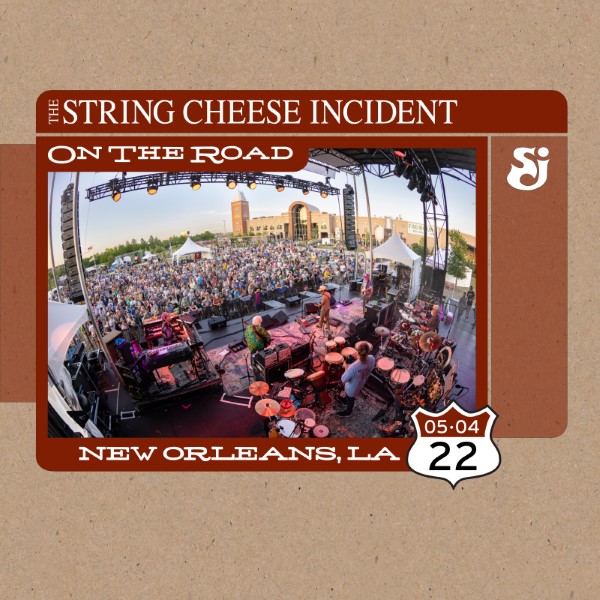 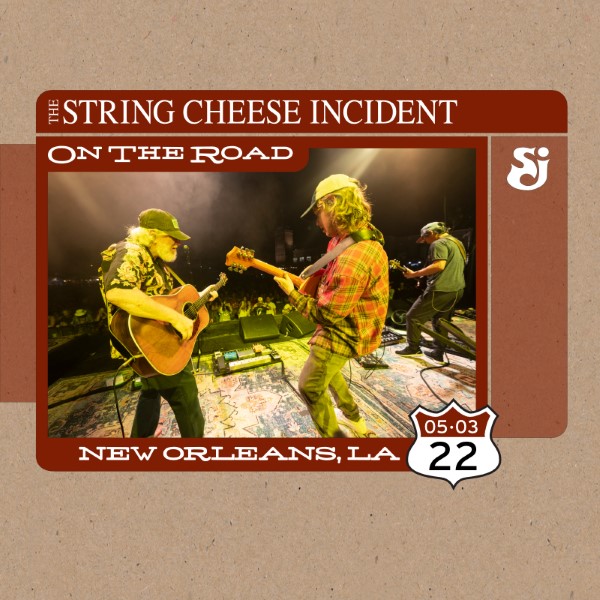 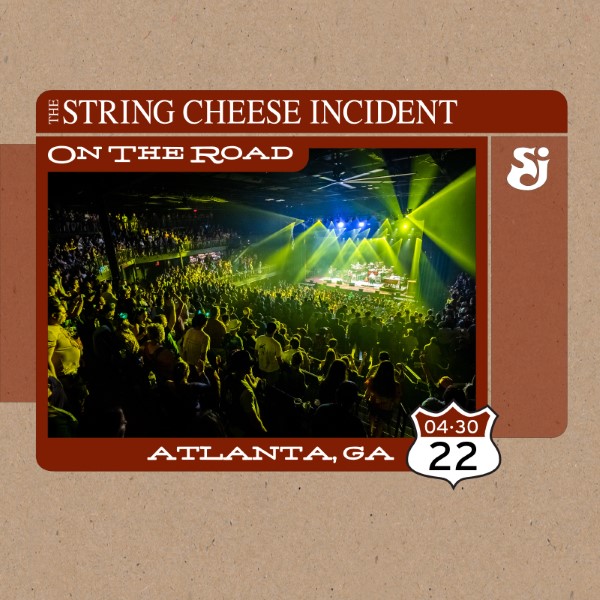 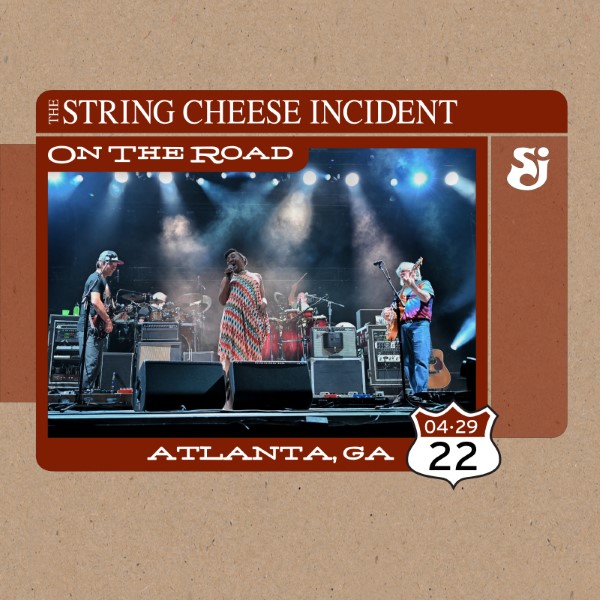 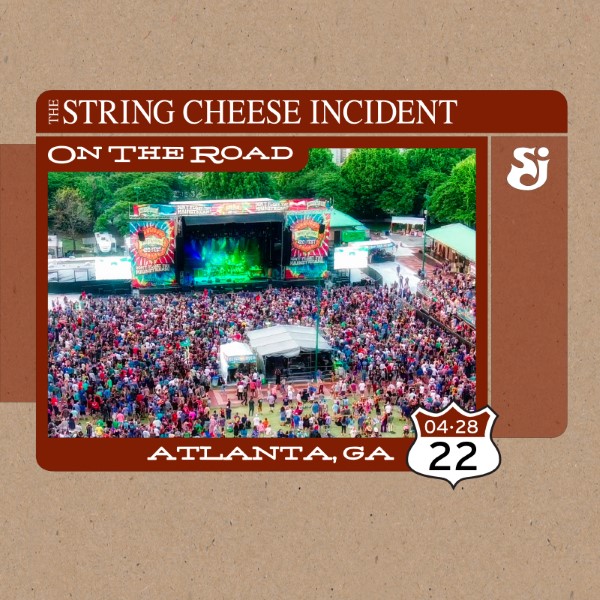 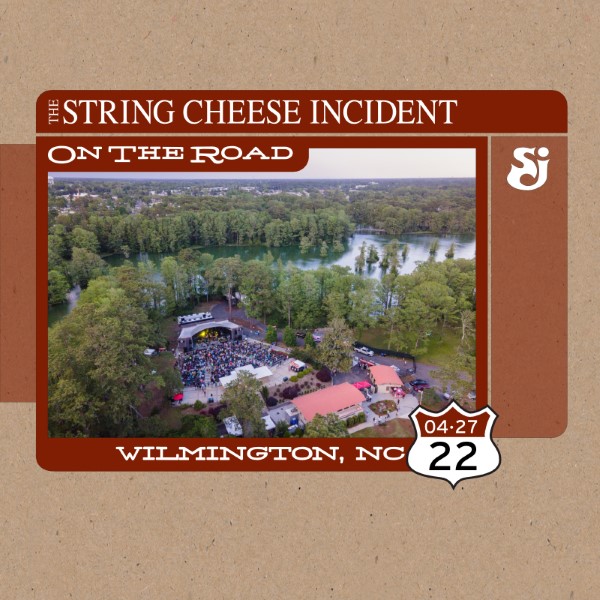 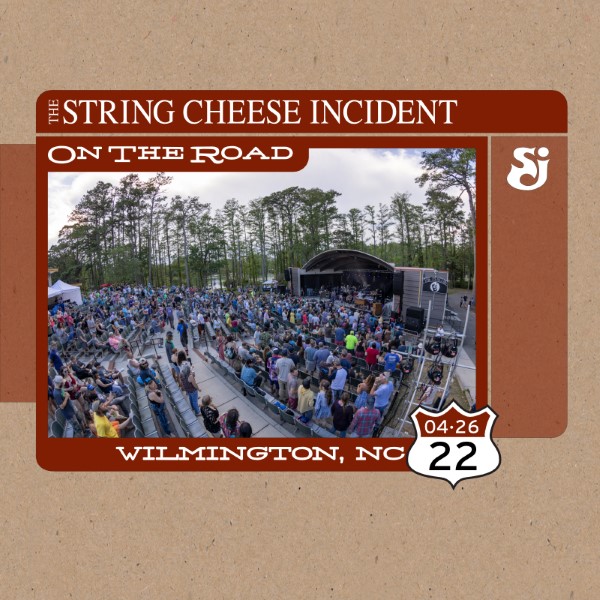 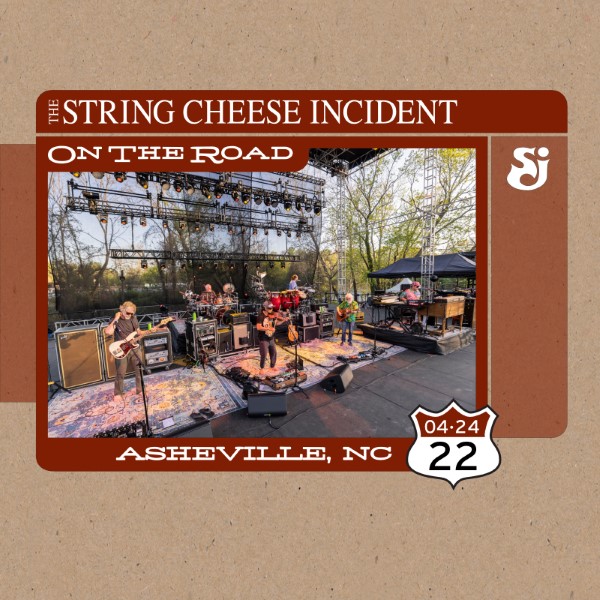 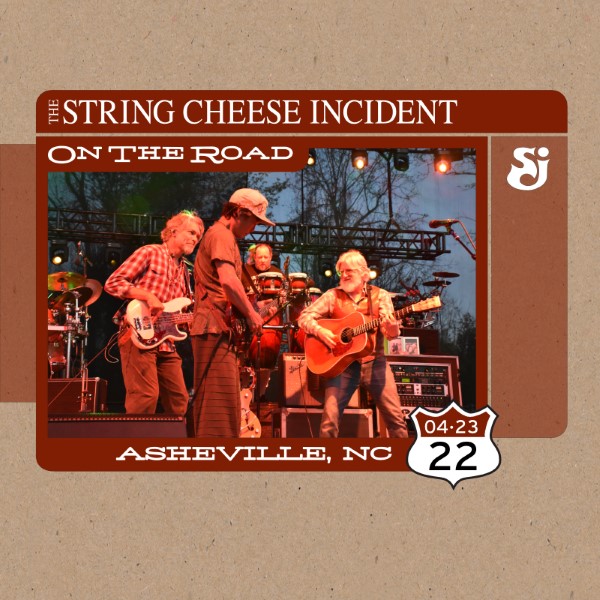 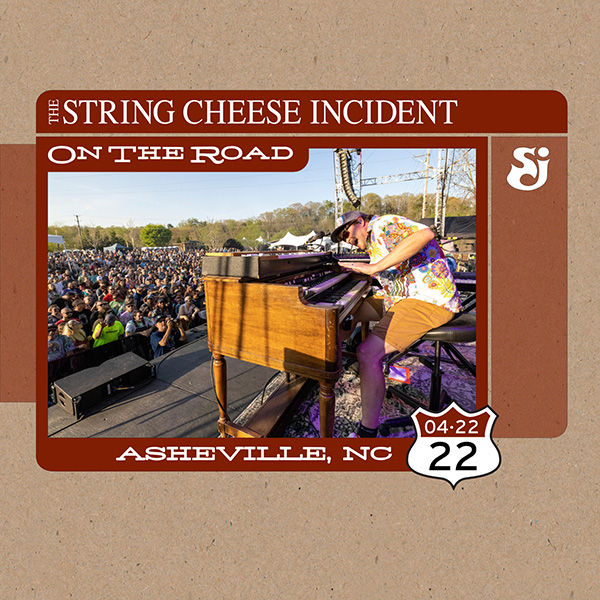 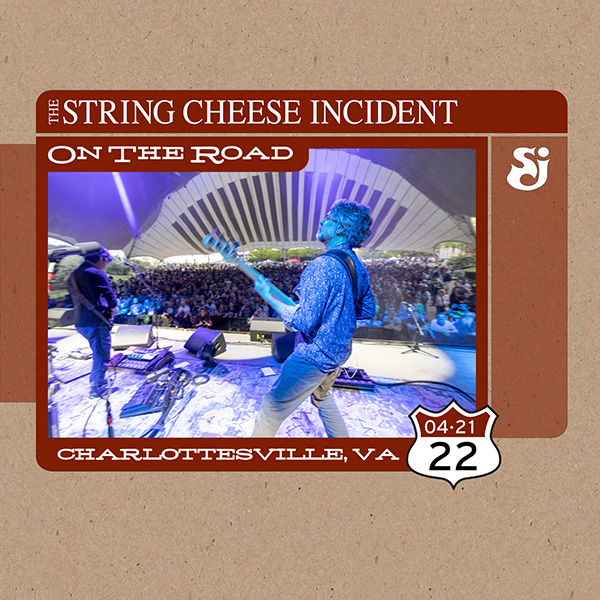 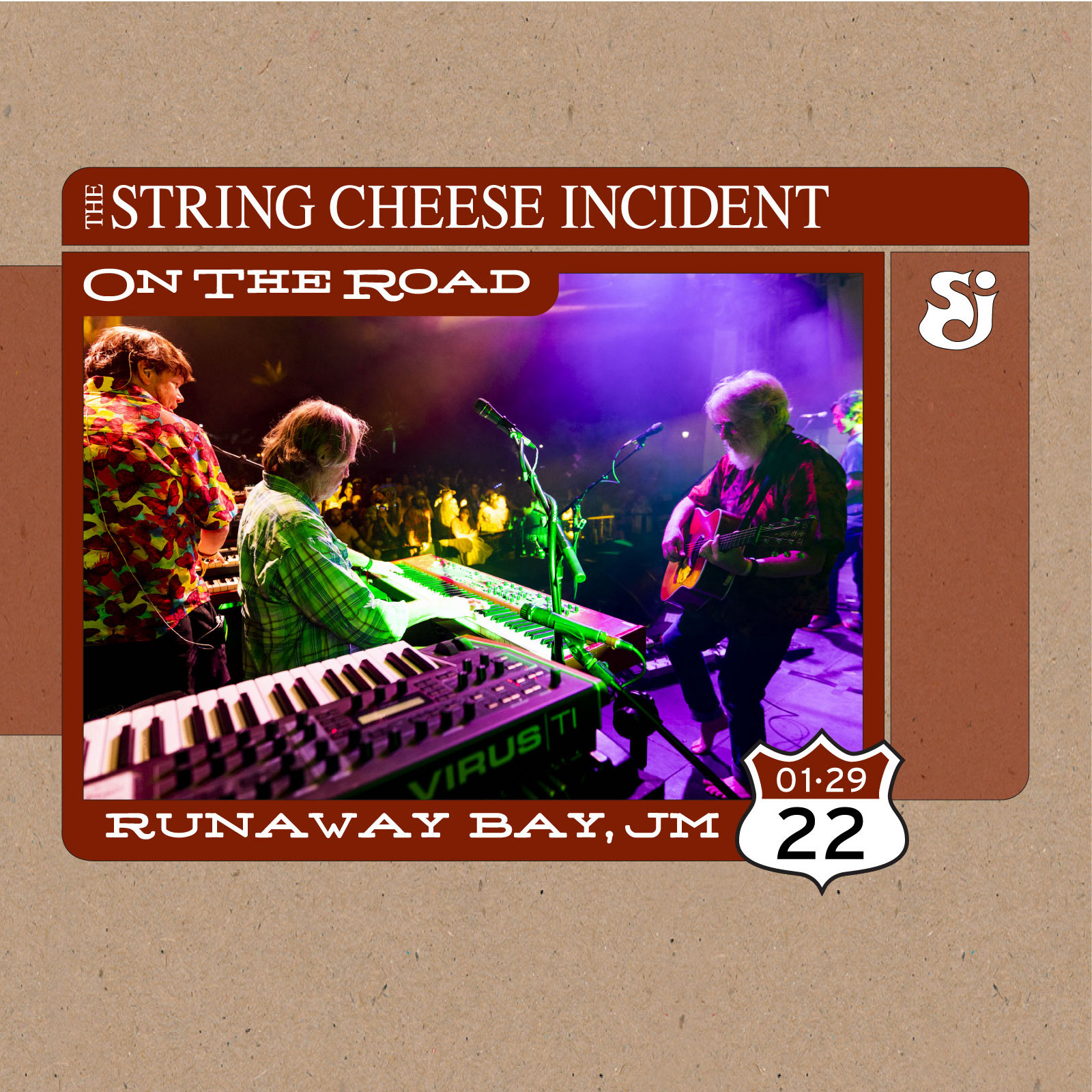 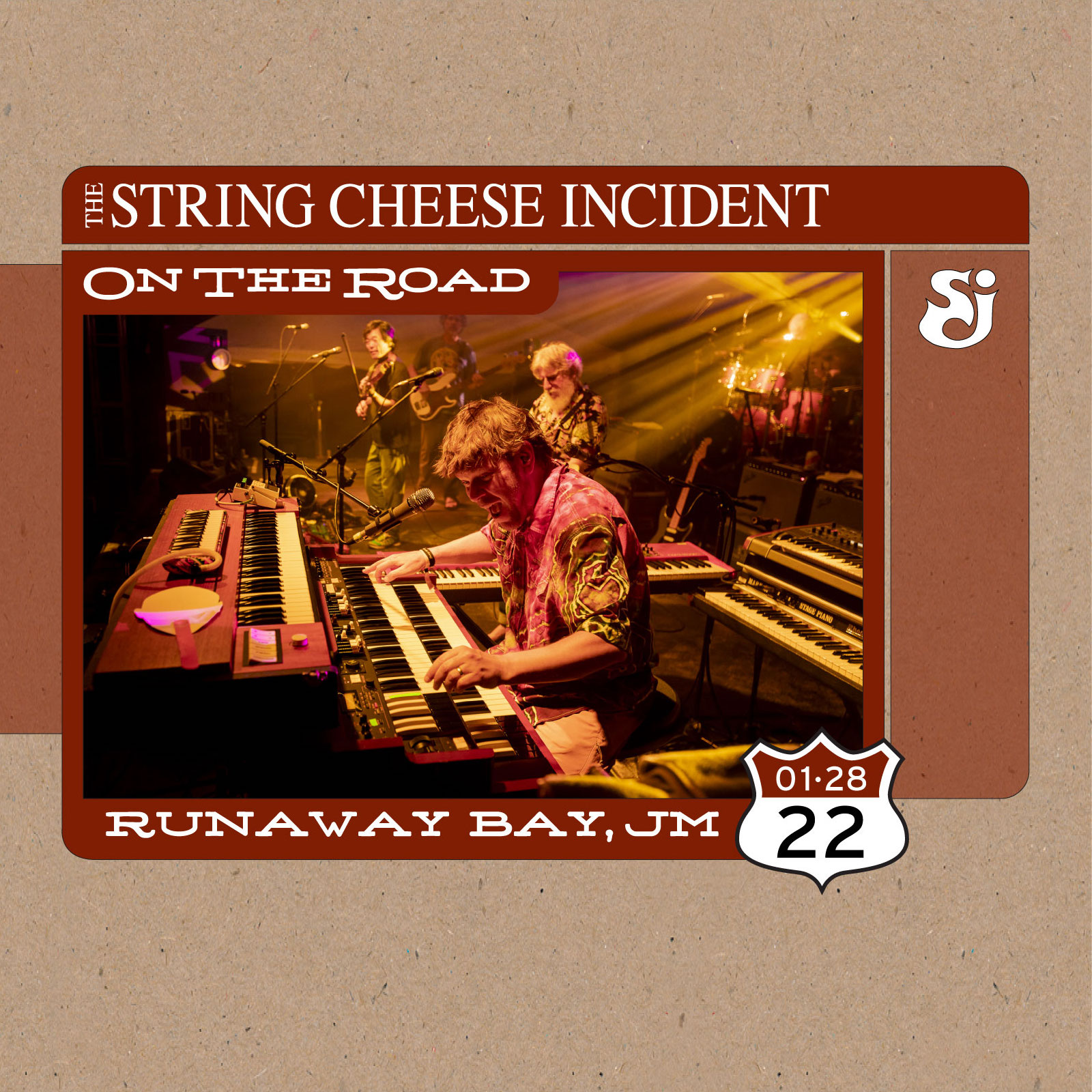 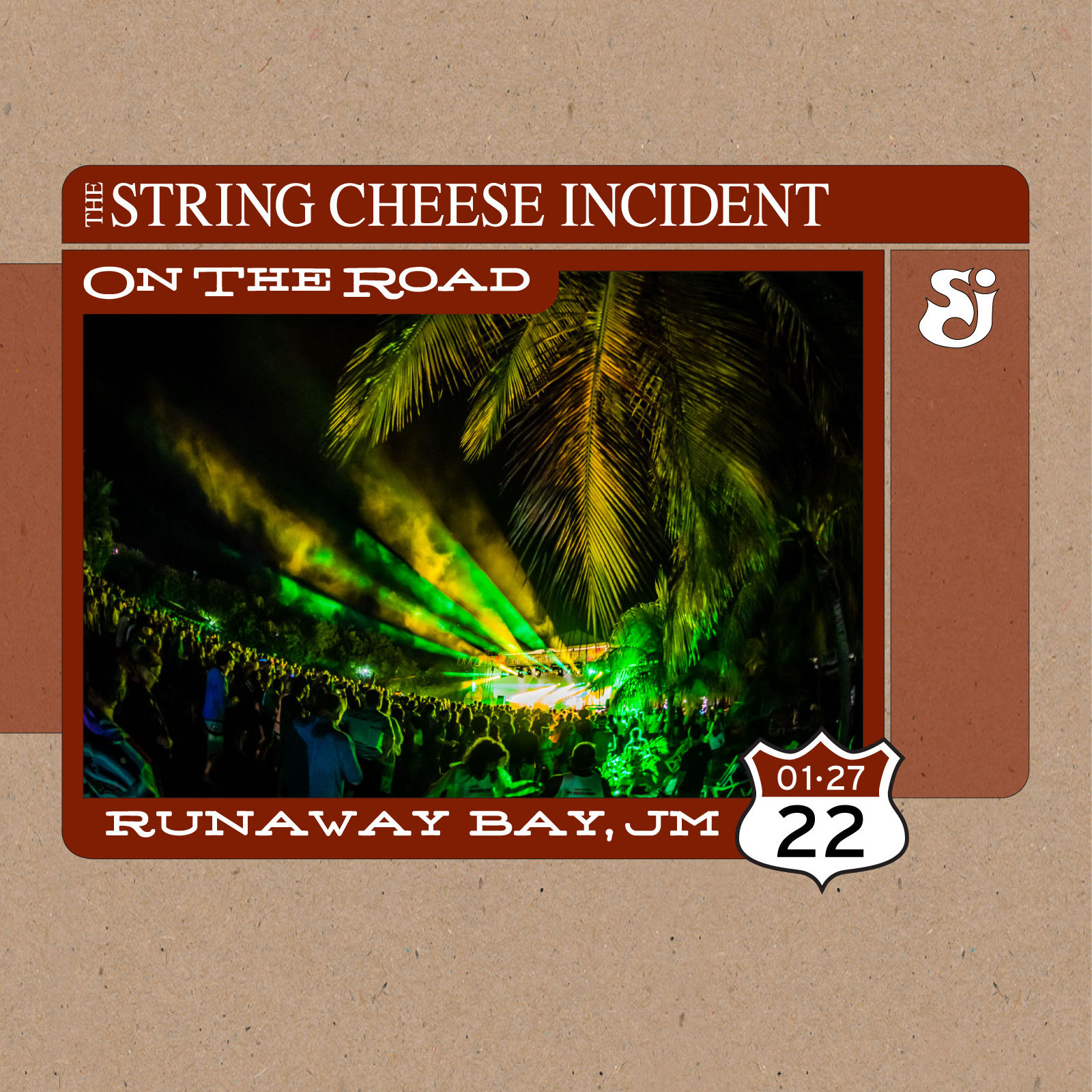 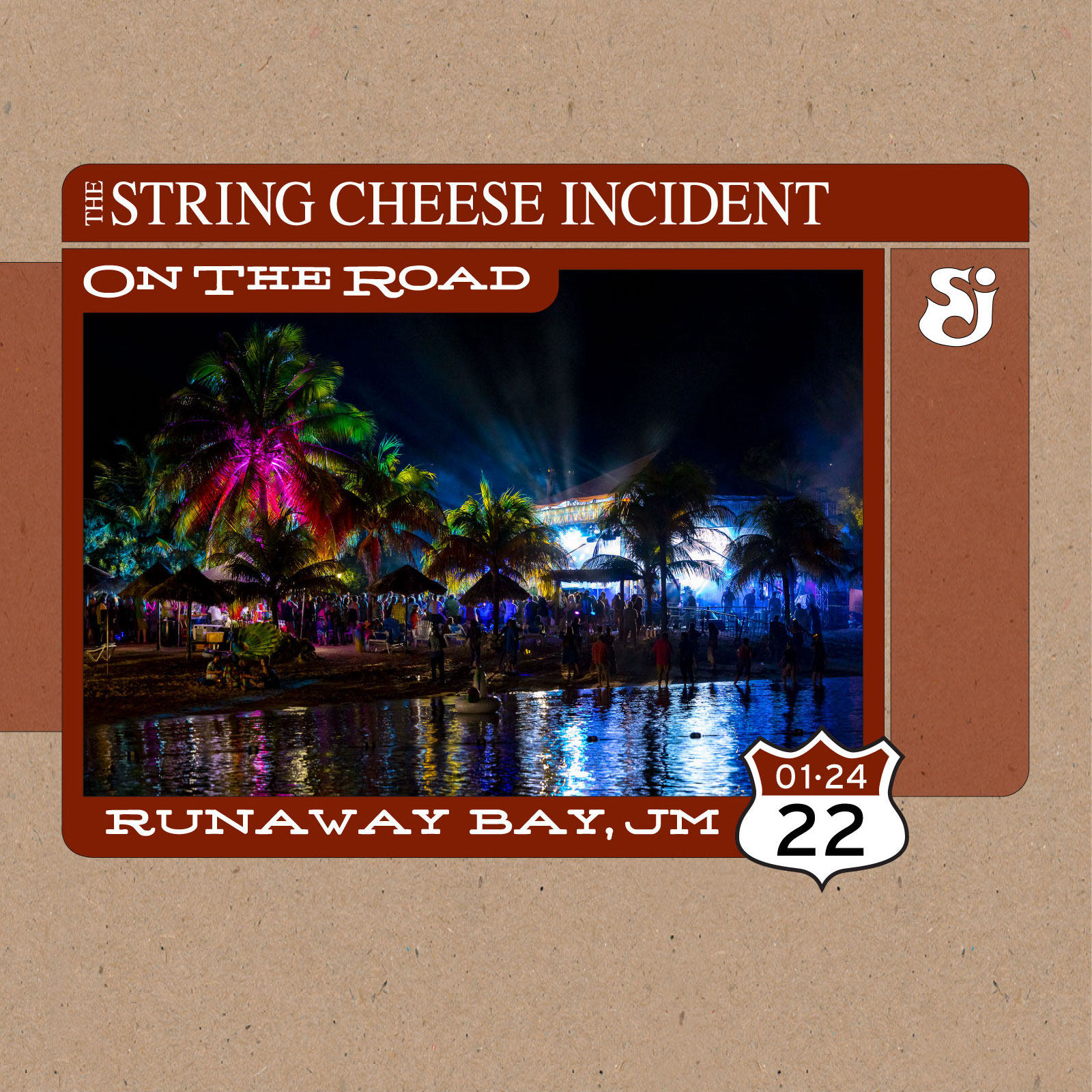 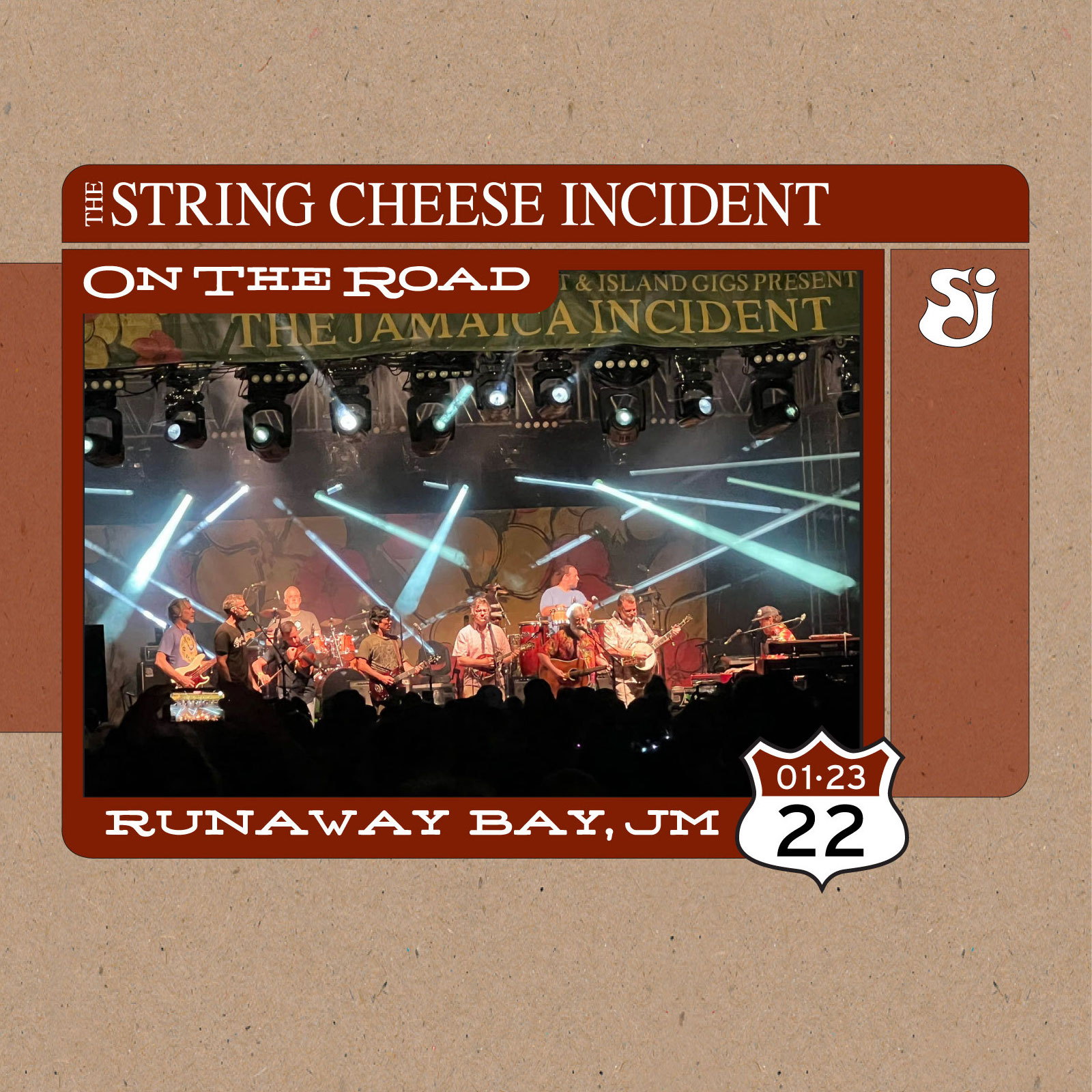