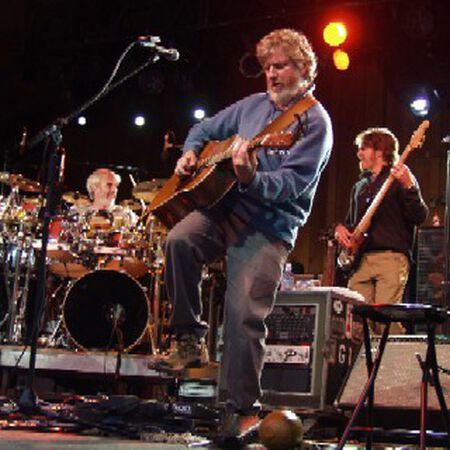 This Must Be The Place (Naive Melody) 411

"Pure Magick!!! Complete with Double Rainbows in the Sky more than once with SCI at the Telluride Shroom fest. Nuff said... Peace"

"The Cheese encouraged us to Open Wide for their first set. Kang remained in fine voice and favored us with a superior overdriven sound on mando. Billy followed up with his finest new pretty ditty, One Step Closer. The song was perfect for the setting, and the timing of its play in synch with the day. The sunlight did hit the top of the ridge and the sun was going down. As an additional bonus, we weren’t kept waiting for the fiddle to sing. The fiddle continued to carry the day with the emergence of Mauna Bowa in the three spot. While it was a standard reading, Kang’s playing was crisp and Keith favored us with some really good bass slides. Kang and Keith soldiered on to good effect with a springy Boogie On Reggae Woman. Kang’s voice continued to hold well and Keith got us moving with some fatback bass. All Blues saw the return of Tony Furtado on slide guitar. While I had hoped for maybe a Molly and Tenbrooks, the Furtado bluegrass embargo continued until the boys gave him a banjo break on a peppy Sittin’ on Top of the World. As always, the Oklahoma Crooner, Keith Moseley did his team a big solid on the vocals. The first set was anchored by an exceptional 100 Year Flood. The extended intro started with a few spare triads and built into an impressive prelude. Keith made it sound so purty that we never wanted it to end. With the incredible set-closer, Come As You Are, the Cheese showed that they still had plenty to share with us on the second night of Telluride. Set 2 started out as a full-on Keller Incident. Hard to get any better than that. We loaded up on some solid Fuel for the Road, with the Cheese acting as the world’s best backup band for Keller Williams. Keller picked the whole band on his backstroke down Alligator Alley. Swim for your lives!!! Freeker by the Speaker followed with incredible energy and some fine Kyle synthwork. Keller added a lot to song with exceptional scat. Once I got over some involuntary disappointment to see Keller leave the stage, I realized that It Is What It Is. This Kangsung sea shanty was followed by a strong striding jam that jollied my rogers, bigtime. Bam entered with a decidedly Suspicious intro. Just when I thought we were going Stevie for the second time, Bam, there it was. This song is one of those instrumentals which are largely free-form jams with a hook, like So What, Chameleon, or Impressions. After the explosion, the Cheese blew into the ethereal feel-good worldbeat of This Must Be the Place. The Place gave whey to a most excellent percussion Jam. I was sold on Jason Hann as the percussion led into the first Rivertrance which I’ve seen as a closer. Awesome. I can’t wait for Jason to hop on the bodhran. If you want to hear the rainbow serpent on the move, listen to this one. Kang does an even better job than usual, which is to say, he fiddled his head off. What followed the uproarious acclamation was the Restless Wind encore, which the band pulled through strongly on the instrumental level. If you ever get a chance to see the Cheese in Telluride, Colorado, don’t wait until budget, job, or family values intrude on an opportunity to have one of the best musical experiences possible. Just bust your move. It’s Heaven when to Hell you ride!! "

"What an amazing place to see the cheese! There was a rain shower during the wonderful Keller set, which gave way to a full rainbow across the box canyon during Mouna Bowa, so vibrant that the band even had to acknowledge it. At this point Kang ripped into Boogie On, and from that point on everything was firing on all cylinders. The whole concert was pure bliss, especially the Keller material (Alligator Alley was a personal highlight) and the RAGING Naive>Drums>Rivertrance! This incident will be hard to top!"

"Great show! Most beautiful place in the world to see a concert. It rained, the sun came out, there were rainbows, then it rained again, then the stars came out shining bright. Rivertrance and the drums were amazing."